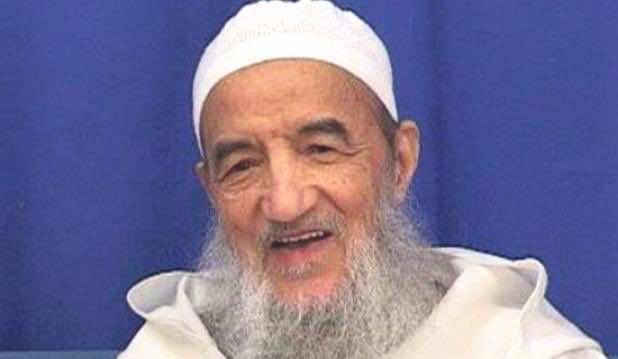 The spiritual leader of the movement, considered highly influential in the north African kingdom but critical of the monarchy and in favor of an Islamist state, died at around 0730 GMT, Fathallah Arsalane said.

As founder of Morocco’s most popular Islamist movement, Sheikh Yassine had running problems with the authorities, and was imprisoned twice under the late king Hassan II.

His funeral is due to be held on Friday at the Sunna mosque in central Rabat.

The movement he created in 1973, and which advocated the creation of an Islamist state while rejecting violence to achieve it, actively participated in Arab Spring protests that erupted in Morocco in February 2011.

But it distanced itself from the February 20 protest movement in December last year, considering its demands too limited.

Originally from the south of the country, Sheikh Yassine sent an open letter to Hassan II urging him to choose between “Islam or the deluge.”

He was imprisoned shortly afterwards for three and a half years without being charged, before being confined to a mental hospital.

He was jailed again in 1983 for two years, and finally placed under house arrest until the accession to the throne in 2000 of King Mohammed VI.

His movement refuses to recognise the king’s official title, commander of the faithful, a key difference with the moderate Islamist Party of Justice and Development, which won last year’s elections and heads the ruling coalition.

In March 2011, Sheikh Yassine’s daughter Nadia described the reforms announced by Mohammed VI, in a landmark speech that paved the way for a new constitution designed to curb his near-absolute powers, as insufficient.

“I consider that the promises in the royal speeches are insufficient because they do not challenge the pre-eminence of the monarchy,” she told AFP.

The number of supporters of Adl wal Ihsan, which has always operated discreetly and rejected all involvement in politics under the Moroccan monarchy, remains unknown.

But Nadia Yassine said the movement had a large component of youth activists.