Rescuers found one person dead and hauled 17 others alive from the sea Thursday after their boat capsized while trying to sail to Spain, officials said.

Rescuers were still looking for seven others who were also said to have been on board and went missing when the vessel carrying 25 people capsized, the Spanish coastguard said.

It followed a recent series of dangerous crossings by desperate migrants who have tried to reach Spain by sea from Morocco, many in flimsy dinghies or rafts.

A spokeswoman for the coastguard said a helicopter spotted the dead body in the water off the Spanish island of Lanzarote in the Atlantic and 17 others were rescued by the civil guard.

Officials said in late October that 16 migrants died at sea trying to reach Spain from Morocco. 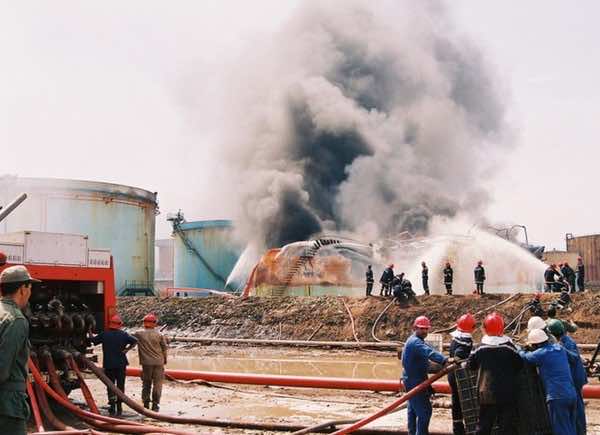 One dead, two injured in fire in SAMIR