Young Moroccan pianist Rita Saher made her “debut” in New York on Saturday night at Carnegie Hall, giving a concert benefiting the High Atlas Foundation, an organization which works to promote development in rural disadvantaged communities in Morocco.

The artist, mentored by prominent figures in the world of classical music, such as Jacques lagarde, Guigla Katsarava, and Monique Mercier, performed a recital of major works of Mozart, Schubert, Poulenc, Albéniz, Granados, Falla and others.

For Saher who played with rich colorings and flair, this concert was the culmination of a career started at the age of 9, in Casablanca, in a musical family: her father, a banker and a lute player, and her mother an amateur singer.

Half of the proceedings of this event went to fund projects by the High Atlas Foundation in Morocco, including planting fruit tree nurseries, building irrigation systems, and securing organic certification that increase rural families’ income 400% over a 5 year period.

The High Atlas Foundation, a non-profit Moroccan and U.S. organization, founded in 2000 by former Peace Corps Volunteers, establishes development projects in Morocco that local communities design and manage, and that are in partnership with government and non-government agencies. 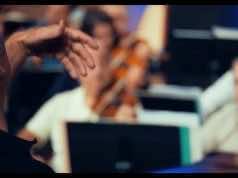 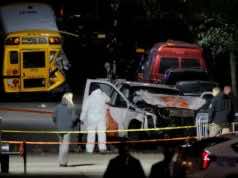