Egyptians voted on Saturday in the final round of a referendum on a new constitution championed by President Mohamed Morsi and his Islamist allies against fierce protests from the secular-leaning opposition.

From early morning, men and women filed into polling stations in separate lines to cast their ballots, AFP correspondents in Giza, in southwest Cairo, reported.

The proposed charter was expected to be adopted after already garnering 57 percent support in the first round of the referendum a week ago.

But the slim margin and the low first-round turnout, in which fewer than one in three eligible voters cast a ballot, has emboldened the opposition, which looks likely to continue its campaign against Morsi after Saturday’s voting.

Egypt has already been shaken by a month of protests, some of them violent.

On December 5, eight people were killed and hundreds injured in clashes between rival demonstrators outside the presidential palace in Cairo.

Some 250,000 police and soldiers were deployed to provide security during the referendum. The army has also deployed tanks around the presidential palace in Cairo since early this month.

The constitution was drafted by a panel dominated by Morsi’s Muslim Brotherhood and ultra-orthodox Salafist groups. Christians and liberals who criticised changes they saw as weakening human and women’s rights boycotted the process.

The protests began a month ago on November 22, when Morsi decreed sweeping powers putting himself above judicial review to force through the draft charter.

Although he gave up those powers weeks later under pressure from the protests, he pressed ahead with the referendum.

To do so, he split the voting over two successive Saturdays after more than half of Egypt’s judges said they would not provide the statutory supervision of polling stations.

The main opposition group, the National Salvation Front, launched a last-ditch campaign to vote down the charter after deciding a boycott would be counter-productive.

But it and Egyptian human rights groups alleged the first round was marred by fraud, setting up a possible later challenge to the results.

Preliminary tallies from the final round were expected by early Sunday.

If, as expected, the new constitution is adopted, Morsi will have to call parliamentary elections within two months, to replace the Islamist-dominated assembly ordered dissolved by Egypt’s top court in June.

Continued instability will imperil Egypt’s economy, which has been limping along ever since the 2011 revolution that overthrew autocratic leader Hosni Mubarak.

The International Monetary Fund has put on hold a $4.8-billion loan Egypt needs to stave off a currency collapse, and Germany has indefinitely postponed a plan to forgive $316 million of Egypt’s debt.

National Salvation Front chief Mohamed ElBaradei, a former UN atomic energy agency chief, warned in an online video that “the country is on the verge of bankruptcy.”

But he said “a solution is still possible” if Morsi is prepared for “sincere dialogue” and allows a new constitution to be drafted through a more inclusive process. 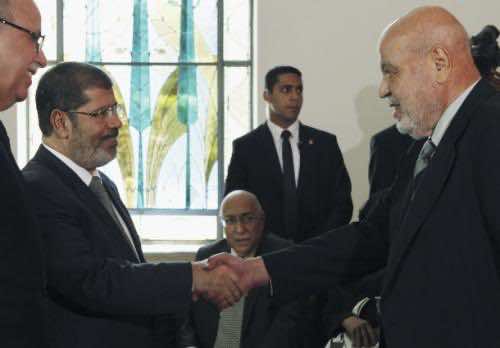 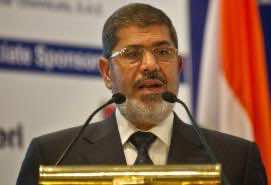 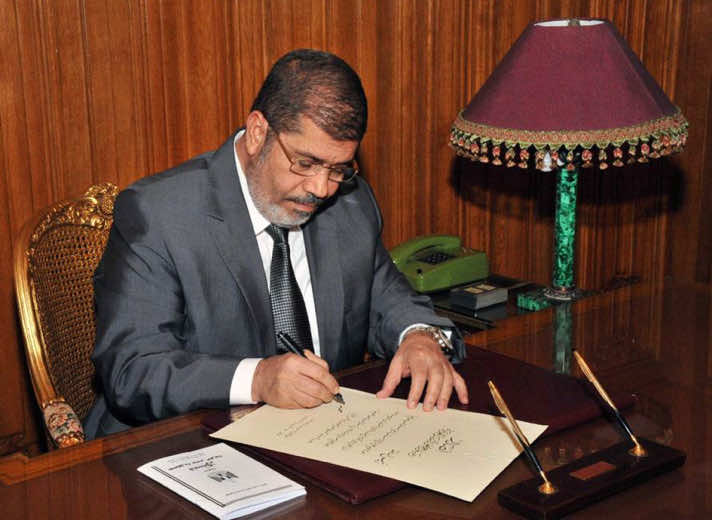