The head of Dubai’s police, Dahi Khalfan, is furious against the Egyptian Muslim Brotherhood, which he calls kinds of names. He is said to be “service driven”, echoing the arguments of highly placed personalities in some of the Gulf countries.

Dahi Khalfan is very close to some very influential Saudi princes in the Wahhabi kingdom, and is considered to be trusted by the Emir Mohammed bin Rashed Al Maktoum. Dubai’s first cop also maintains good relations with the Jordanian monarchy. All these personalities dedicate a boundless hatred to the ideology of the Muslim Brotherhood.

They also believe that if the Egyptian experience was to succeed, nothing would stop the global organization, which already controls Turkey and Egypt, to extend its power to Jordan, Kuwait and of course to the United Arab Emirates. 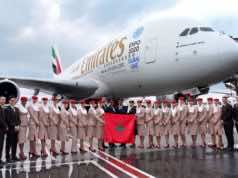