Casablanca - The persistence of many former colonial countries to consider the imperial era as the “Golden Age” of their history is an evidence that the myth of the colonial “supremacy” is still alive and far from stirring any feeling of guilt. It is noteworthy that the original meaning of Golden age in Greek mythology seems to evoke harmony and quiescence rather than dispossession and brutality. 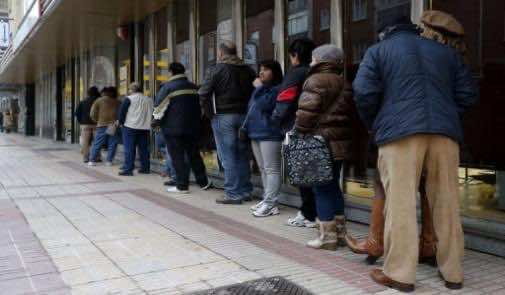 By
Loubna Flah
-
Loubna FLAH is a Moroccan national.
Dec 23, 2012
Spread the love

Casablanca – The persistence of many former colonial countries to consider the imperial era as the “Golden Age” of their history is an evidence that the myth of the colonial “supremacy” is still alive and far from stirring any feeling of guilt. It is noteworthy that the original meaning of Golden age in Greek mythology seems to evoke harmony and quiescence rather than dispossession and brutality.

Surprisingly enough, In the era of democracy and  the celebration of equality between Humans, the argument that the colonized was fortunate to be  civilized  by their  “oppressors “ still has its fervent  proponents in the West .

It is a fact of history that colonialism has forced itself down the throat of many countries. These nations had their cultural references, their system of values and all the prospects for development and prosperity. Nevertheless, their  hopes were aborted through the use of military force and by infusing in the subliminal conscience of the colonized the idea that progress is “white “by nature. The imperialists overlooked probably the fact that all civilizations flourished as a result of a   perpetual and systematic process of cross pollination, that no culture had the exclusivity or the ingenuity to create knowledge from void.

In modern times, this tradition of disavowal has not lost favors among many European politicians. Conversely, the reluctance to admit the wreckage caused by colonization in India by the British, in Algeria by the French and in Venezuela and Morocco by the Spanish took new forms especially with the continuous arrival of massive immigrants from the “former colonies”.

Though, immigration was first and foremost a request articulated by European countries under specific economic imperatives, many Europeans still find it difficult to conjure up an image of Europe constantly “hustled “ to use Marine Le Pen words or “swamped” to use Margaret Thatcher  rhetoric, with foreign individuals carrying their foreign culture in their suitcases.

The attempt to hold on stubbornly to the idea of a “homogenous” society, unaffected by time and history has produced this rhetoric of hatred, which is nothing but a modern replica of the myth of “colonial Superiority”.

In her latest interview given to Al Jazeera, the French right-wing politician, Marine Le Pen, qualifies as an imminent  threat all “those who express in all circumstances claims that go against our culture, our values and our ways of life .  But the question that Ms Le Pen needs to ponder is how can any culture sustain its homogeneity in modern times?  Can cultures be immune from change and exchange in the wake of globalization?

The stubbornness to construe national cultures as immutable legacies blocking the way against  any kind of cross cultural fertilization is the same fallacy  that gave rise to Nazism and typically the same ideology that is fueling  the racist narrative articulated by the far right wing parties in Europe. The latter hold on stubbornly to the failed policy of assimilation.

The attempt to impose cultural assimilation is a cultural genocide and a new form of intellectual subjugation perpetrated against minorities. The sole exertion of immigrants to forcibly surrender their values, their beliefs and their ways of life without an opportunity for natural and gradual integration in the host culture is a violation of intellectual freedom.

Integration must be a voluntary process wherein the individual engages in a process of compromise and negotiation with the values of the prevailing culture, bearing in mind that in the most successful models of cultural integration, the umbilical cord with the native culture is never completely severed.

Needless to say that though immigrants change their manners and embody the principles of the host country, they are not spared “Otherness”  by the natives as a first reaction to their skin color and their distinctive facial features.

In her latest interview with Al Jazzeera, Marine le Pen says with an unyielding tone that ” France is a country with a Greek-Latin culture and of a Christian civilization and this determines our way of life”. The denial of the cultural mosaic that forms many European societies today and which is an offshoot of colonization is another sign that Europe is not feeling any guilt for its former sins.

The French far-right politician goes further in her foolish attempt to freeze France in a remote past by exhorting French citizens, especially Muslims and Jews to surrender their adherence to their religion in public places and keep any kind of conspicuous religious signs unrevealed in public. This appalling advocacy seeks to transform the members of minority groups into schizophrenic people living under coercion.

In this regard, there is no difference between this rotten form of secularism advocated by the French right and the imposition of the Islamic law by the Shiite Clerics in Iran. Both claims are overt forms of coercion that restrain the individuals’ right for individuality, self expression and self-determination.

It is noteworthy that the obstinacy to efface the”Other“and to obliterate their existence is not a pure novelty. It is rooted in the deep recess of the colonial mind as it was clearly explained by Edward Said in his land mark work, Orientalism.

The rejection of the other stems primarily from an illusion of superiority paired with a deep rooted apprehension that makes the “other” appears as a constant and imminent threat as Simone de Beauvoir pointed out: “One of the benefits that oppression confers to the oppressor is that the most humble among them is made to feel superior.”

There is an apparent malaise in most of the former colonial countries. All those European leaders who set nationalism and immigration as two mutually exclusive concepts are the heirs of colonialism. They try desperately to phrase the same colonial ideology in a new kind of discourse.  Aimé Césaire may have exaggerated in predicting the demise of the Western “civilization” in his famous essay “Discourse on Colonialism”, but his diagnosis was not totally erroneous.  The predicament is acute and its symptoms are evident.