Mohammed Bin Abdul Salam Abbadi has been chosen as Secretary General after the Shura Council of the movement met in a special session from 21 to 23 December.

The Shura Council has also decided to maintain the title of Spiritual Leader solely to Shiekh Yassine.

In a statement carried by aljamaa.net, the news portal of the movement, the Shura Council “Decides to retain the title of spiritual leader to the professor, founder,” Sheikh Abdessalam Yassine.

The Shura Council also decided to choose the title: “The Secretary General of the Justice and Charity” for the first official in the movement instead of “spiritual leader.”

Following the path of the late Yassine, the Council emphasizes “the adherence and loyalty of al Adl Wal Ihsan (Justice and Charity) to the principles on which it was founded.” The movement will opt to be “a political and moral haven, and a stabilizing factor” in the Moroccan political scene.

In addition, the Council underscored the importance of change and “the adherence to the option of collective approach” to alter the deteriorating situation in the country. It called all stakeholders and the vital forces to consolidate their efforts to erect new foundations and collectively build the new Morocco, “Morocco of freedom and dignity, justice and free choice of governors who are to be held accountable with real circulation of governance, and the separation of powers.”

In 1981, Sheikh Abdessalam Yassine founded the movement of Justice and Charity, Morocco’s most popular Islamist group, which is officially banned but tolerated.

The movement participated in the pro-democracy demonstrations that emerged in Morocco in February 2011 as a part of the 20 February Movement, but distanced itself afterwards due to a lack of concrete agenda. 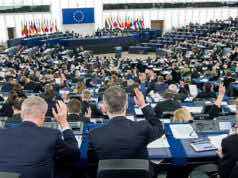 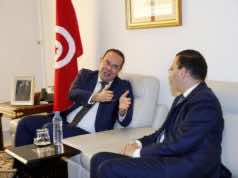