President Barack Obama returns on Thursday to a sharply divided Washington under pressure to forge a year-end deal with Republicans to avoid the tax hikes and spending cuts of the “fiscal cliff.”

Obama cut his Hawaiian Christmas vacation short to contend with the looming January 1 crisis, as Republicans and Democrats traded blame and the White House reportedly lashed out at the “congressional stupidity” gripping the capital.

Six days earlier Obama had urged Congress to end a deadlock over how to avoid the hundreds of billions of dollars in tax hikes and spending cuts that kick in at the start of the year if Congress fails to act.

The situation has spooked US and global markets, left Americans wondering whether they will pay thousands more in taxes next year, and worried the Pentagon, which fears defense cuts could seriously undermine the military.

Complicating efforts to avoid fiscal disaster, Treasury Secretary Timothy Geithner warned that his department will need to take “extraordinary measures” to postpone the day the government could default on its liabilities.

Geithner said in a letter to Senate Majority Leader Harry Reid that the nation will reach its statutory $16.39 trillion debt limit on Monday, December 31.

His measures would create some $200 billion in headroom that under normal circumstances would last about two months, to the end of February.

“However, given the significant uncertainty that now exists with regard to unresolved tax and spending policies for 2013, it is not possible to predict the effective duration of these measures,” Geithner said.

Experts say a failure to strike a fiscal cliff compromise by New Year’s Eve could plunge the world’s biggest economy into recession, and wrangling over the debt ceiling will only exacerbate the uncertainty.

But members of the House and Senate have shown no signs of nearing any accord.

“The White House hasn’t reached out to us, nor have Senate (Democrats),” Don Stewart, deputy chief of staff to Republican Minority Leader Mitch McConnell, told AFP Wednesday. “They seem to be working on this on their own.”

Both parties traded blame last week over the failure to reach a deal and Republican House Speaker John Boehner punted to the Democrat-led Senate, asking Obama and Reid to draft legislation that could pass both houses.

Boehner insisted Wednesday that “lines of communication remain open,” but held firm that the Senate must make the next move.

He suggested the chamber take up bills already passed by the House, notably a bill extending all tax breaks and another that replaces automatic spending cuts with ones that do not affect national security.

“If the Senate will not approve and send them to the president to be signed into law in their current form, they must be amended and returned to the House” for consideration, Boehner said in a statement.

A White House official offered a different, blunter view. “What we need is for (McConnell) not to block a vote and for Boehner to allow a vote,” the official told ABC News.

“The hits to our economy aren’t coming from outside factors, they’re coming from congressional stupidity.”

With an eerie calm settled over Washington, a senior Democratic aide said there was “no progress” to report.

The Senate will be back in session Thursday, while Boehner has promised to give House members 48 hours notice before recalling them.

With the cliff deadline fast approaching, Obama has pared back his hopes for a year-end, multi-trillion-dollar grand bargain that slashes the deficit over a 10-year period.

Instead, he said Congress should approve a stop-gap measure that protects middle-class taxpayers while laying the groundwork for further deficit reduction next year.

Obama campaigned for re-election supporting the extension of Bush-era tax breaks for households earning up to $250,000 a year.

But with Republicans in the House majority, even if all 192 Democrats in the chamber voted for an Obama-backed plan, it would still need support from at least two dozen Republicans.

Most Republicans in Congress have signed a no-new-taxes pledge, however, and it was unclear just how many would violate that oath in order to strike a deal.

Staunch conservatives last week revolted against Boehner’s alternative proposal to prevent a 2013 tax hike on anyone making under $1 million per year.

Republicans could balk at voting on any tax plan until after January 1, forcing all tax rates to rise.

Then, instead of actively voting to hike rates on the wealthy, Republicans could turn around and vote to reduce middle-class taxes to pre-2013 rates. 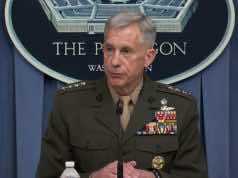 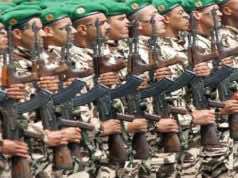 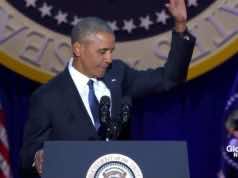