In its seventh session, the World Argana Prize of Poetry was won this year by the Spanish poet Antonio Gamounida. The prize is granted by the House of Poetry in Morocco in partnership with the Foundation for the care of the CDG and the Ministry of Culture.

In an interview with “Arab.net” the chairman of the House of Poetry in Morocco Najib Khadarri said. “The prize will be given to the Spanish poet in the second day of the international book exhibition  held from 29 March to April 6, 2013 in Casablanca,” noting that the value of the prize will rise to twelve thousand dollars instead of ten thousand.

The Committee stressed that Antonio Gamounida is a great universal poet, who has suffered for many years from marginalization and ignorance within the Spanish literary world. But thanks to his long experience as a poet, he managed to impose his voice as a value-added and set himself on the road to artistic fame.

Antonio Gamounida was born in 1931 in the city of Oviedo, Austrias province. He is currently considered as an important literary figure in the European poetic scene in general and the Spanish one in particular. Prior to winning the world Argana Prize, Gamounida received a plethora of awards and commendations. Examples include Castile Leon Award for Literature in 1985, National Award for Poetry in1988, European Prize for Literature in 1993, Culture Award for the Arts, 2004 Madrid, Queen Sofia Prize for Ibero-American poetry 2006 and the Cervantes institute Prize for Literature 2006.

The world Argana prize of poetry already won by many great poets from different nationalities like the Chinese poet Bidaw, the Palestinian poet Mahmud Darwish,Iraqi Youssef Saadi and the American Marilyn Hacker. In addition, winner have included some Moroccan literary figures like the novelist Tahar ben Jelloun and the poet Mohamed Sargini. 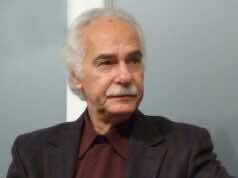