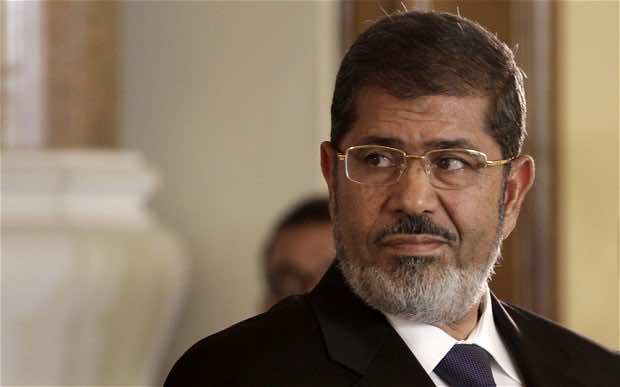 Egypt’s President Mohamed Morsi is expected to address the economy on Saturday in a speech before a newly empowered senate as concerns mount over a downturn and cracks in his government.

Morsi will give the address after the senate, invested with legislative powers under a newly ratified constitution until a new parliament is elected, convenes at 11:00 GMT (1:00 pm local time).

A declining Egyptian pound and a $4.8 billion IMF loan stalled after weeks of often violent protests have put the country on edge, two years after the economy nosedived with an uprising that overthrew president Hosni Mubarak.

“President to set a roadmap for security and the economy,” reported Saturday’s edition of the official Al-Ahram newspaper.

In televised speech on Wednesday, Morsi welcomed the approval of an Islamist-backed charter in a referendum, despite fierce opposition protests, and pledged to turn his attention to the economy.

He also pledged to reshuffle his cabinet. Two ministers, including an Islamist ally of Morsi, have so far resigned in disagreement with government policy.

Mass rallies that began in November after Morsi adopted extensive powers — later repealed — have now subsided, but the secular-leaning opposition this week called for further protests against the new constitution.

The opposition, led by the National Salvation Front coalition, sees the charter as a possible tool to introduce strict Islamic sharia law by weakening human rights generally, women’s rights and the independence of the judiciary.

It also stressed that just one in three of Egypt’s 52 million voters actually cast a ballot in the two-stage referendum on December 15 and 22.

The likelihood of prolonged “elevated” political conflict despite the adoption of the constitution prompted the ratings agency Standard and Poor’s this week to knock Egypt’s long-term credit rating down a peg to “B-.”

The National Salvation Front is also now looking ahead and preparing for parliamentary elections in two months’ time, after which the senate will be dissolved ahead of another round of elections.

Morsi’s Muslim Brotherhood dominated the last parliament which was elected in late 2011 but later annulled by a top court stacked with his opponents.