Morocco World News
Home Highlights on Morocco People Who left Our World in the Year 2012: God Be Merciful...

Benimellal – While we are bidding farewell for 2012, with all the happiness and sadness that colorized our life, and with the sweetness and bitterness that embroidered our being, we find it difficult to forget some landmarks that imparted a lot to our life as Moroccans. In the time of commemorating the end of 2012 and lighting the candles of a new beginning and new hopes for a better tomorrow, it would be great if try to remember some national figures who bid us farewell this past year. Some figures who did the impossible to contribute to the development of this beloved country. They are politicians, artists, activists, and many others who left us either because of some disease, sudden cardiac arrest, or even traffic accidents. Among these people, we tried to choose the most important and influential figures that carved their names in the memory of Moroccans.

In Morocco’s worst ever road accident, 44 people were killed and 23 injured in a bus crash. At almost 2:00 AM a bus that was taking 67 passengers to “nowhere” crashed into a deep valley, causing a tragedy that will be scratched in the memory of all Moroccans for decades to come.

At the age of 84 years old, Abdessalam Yassine, the fiercest opponent of the state died after a long period of opposition that lasted 20 years.  His funeral that took place on Friday, 14th December 2012 and that was attended by hundreds of people was a great outpouring of support for the work that he had been doing in order to strengthen his group.

In his first meeting while attending the Moroccan dialogue for promoting justice in Morocco, Taieb Naciri died after a sudden heart attack that gave him no chance to survive. At the age of 73, he passed away after a long career in promoting justice and defending people.

Mustafa Sahel held several positions, most notably were the General Manager of the Fund Processing Council, board member of the Arab Fund for Economic and Social Development, Minister of Interior, in addition to his position as the governor of the “Rabat – Salé – Zemmour – Zaer” region  and Permanent  Representative of the Kingdom of Morocco to the United Nations. Also, before his death, he was an advisor to the Moroccan king. He died on 7 October 2012 at the age of 66 years.

Princess Amina: The lovely princess and the caring supporter of people with special needs

She is the aunt of the current Moroccan king and the sister of the late king Hassan II. She is known for her love and care of people with special needs.  To this end, she was the president of the Moroccan league of children. Plus, she was a member of the Advisory Committee of the International Paralympics.

Ahmed Al-Tayeb Aleg: The godfather of the Moroccan theater.

He is one of the most influential people in the Moroccan modern arts. Either by his plays or by his colloquial poems (zajal), El-Elege is known for his efforts in promoting the Moroccan arts and tutoring other younger artist.

Time nor space would be sufficient enough to talk either about the achievemnts of the aformentoined people or the other ones who are not included in this list. Mhamed Rouicha, Aziz Al-Alaoui, Abdul Rahman Qirosh “Baku”, Jawad Aqdar, and others. All of them left us this year leaving either their fingerprints in the domains they were active in  or some happy moments that they are going to be remembered for. It is the sunnah of life that some people die while other ones are born. However, all what we can afford now is to pray for them and ask Allah to send his mercy upon them. 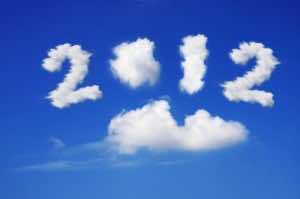 Moroccans who left us in 2012: May they rest in peace