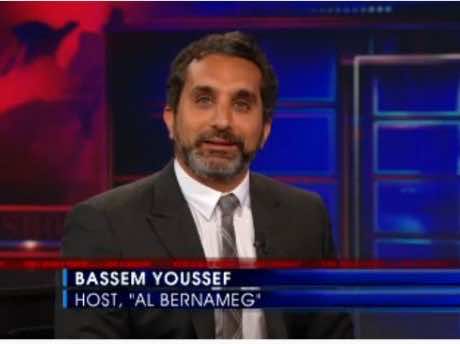 On his show Al-Barnameg (The Programme), Youssef, dubbed the Egyptian Jon Stewart, had poked fun at the ruling Islamists and Morsi’s temporary adoption of extensive powers in November and December.

He may be summoned for questioning after the case was transferred to a Cairo prosecutor for investigation, the source said.

The lawyer who filed the complaint, Ramadan Abdel Hamid al-Aqsari, had in the past sought to sue a range of media personalities and politicians.

The state prosecutor, Talaat Ibrahim, had on December 27 ordered a probe into three top opposition leaders accused of trying to incite Morsi’s overthrow.

The lawyer who filed that complaint has since recanted.