Taroudant - Today marks the beginning of a new year. People all over the world were exchanging gifts, phone calls, sms and mails wishing one another a happy new year full of joy and prosperity. 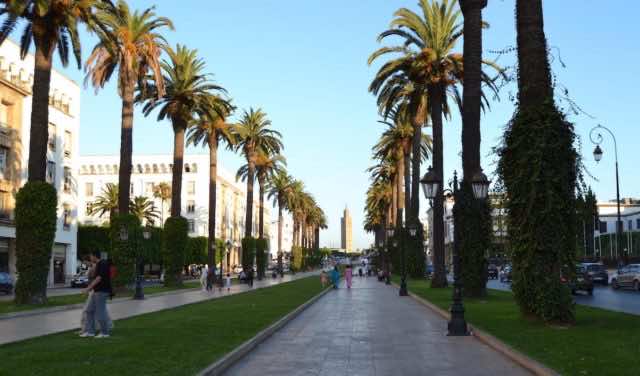 By
Larbi Arbaoui
-
Larbi is a freelance writer and assistant editor at Morocco World News.
Jan 2, 2013
Spread the love

Taroudant – Today marks the beginning of a new year. People all over the world were exchanging gifts, phone calls, sms and mails wishing one another a happy new year full of joy and prosperity.

Candy shops were very busy several days before the New Year’s Eve. “Let bygones be bygones,” some say! Unfortunately, the saying is too far to be said for the Moroccan economic and political scene, for the government has still to wrestle with an array of old problems.

I have to admit that I love to see these lively scenes and all these crowds of people scattered everywhere. Yet, I do still wonder why all this fuss since a “sea of troubles” is still hindering any concrete development. Why this instant happiness on the faces of every single person. Are these people happy for the coming of a new year or are they joyful to have bid farewell to the previous year?

It is true that 2012 now belongs to the past, but still its failures and success will for sure be imposed on us and may have a decisive impact on the current year and the years to come. Isn’t it ironic to celebrate the death of something that still lives with us? Well, some people might say: We do actually celebrate the beginning of a new year. I myself see no harm in such a practice.

But, how can we start a new year with a smile on the face while we still occupy the first rank in the Arab world and 6th rank worldwide in road accidents, as announced by Mr. Abdelilah Benkiran during a plenary session of the upper house of the Parliament in November, 2012? The report noted that road accidents in Morocco lead to more than 4000 deaths each year, causing damage estimated at MAD 14 billion ($1,80 billion), about 2% of GDP. In brief, the poor infrastructure and the decaying mechanical conditions of our vehicles remain a huge problem that our government should put on its top priorities.

What future to expect since the government has previously unveiled its plans to put an end to the compensation scheme which affords the state’s support for fuels (including gas used for household needs) and basic goods? How less fortunate will cope with the hike of prices of basic daily needs with a poor purchasing power? With cuts on fuel subsidies in addition to the expected rise in the price of electricity and water, it seems that the current year will be very tough on the less to do classes who will be struggling very hard to provide their families with their basic needs.

To be fair, the future looks gloomy without a strong educational system, which is considered the backbone of any civilized society. The coming years are disheartening since we, along with several Middle Eastern nations, occupied the bottom of the rankings of fourth-grade student performances in reading, science and maths, according to two recent Boston College-backed studies.

Our only refuge to make steps forward is to invest more money and human resources in education, as Aristotle once said, “Education is an ornament in prosperity and a refuge in adversity.”

The suffering of the mountainous villagers will still go on even though the calendar has flipped from 2012 to 2013. The bitter reality of people living on the hills amid mountains of snow does not simply resolve itself by virtue of the fact that a new year has begun. The sufferings of those poor mountain villagers become even worse. The recent, an old woman from Tilmi, Msemrir, the province of Tinghir (373 kilometres  north east of Marrakech), is a live example that poor people living away from big cities are still toiling to make a living in those glacial areas.

To catch parliament members indulging in acts of carelessness inside the parliament proves the wise Moroccan saying that runs, “Lfquih li ntsnaw barktou, dkhel jame3 b belghtou” (the honest man whose good provision we all await is indulged in moral decadence). The recent picture of an MP playing “Solitaire” on his tablet during discussions of the draft 2013 Budget Bill in the House of Representatives remains glittering evidence that nothing serious is expected from our officials.

It seems that human beings are naturally made to receive any new happening with a smile on the face. Whether we like it or not, the previous year will still be with us for more years to come, or even for the rest of our lives. So, it is not by a party, where you share with your friends or family a sweet creamy cake, you declare the death of the last year.

Morocco’s acute problems won’t be solved because a new year has begun. We need rather a new voice, new strategies to be at the level of the challenges arraying before everyone of us.