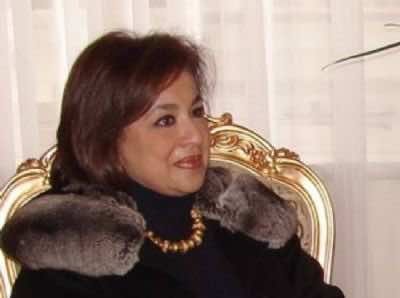 Cyprus on Wednesday officially apologised over the treatment of Egyptian ambassador Menha Mahrous Bakhoum following an incident at Larnaca airport when she was forced to undergo a security check.

The incident happened on December 29 as Bakhoum was escorting her family at the airport to wave them goodbye.

“The Foreign Ministry publicly apologises and sincerely regrets the whole treatment of the ambassador which is inconsistent with the principle of the inviolability of the person and the respect of diplomatic representatives,” said a ministry statement.

It said Cyprus President Demetris Christofias had called for a speedy completion of an inquiry he ordered into the incident which could potentially sour relations between two close neighbours.

“We assure the Cyprus government and the Cypriot people greatly appreciate the excellent longstanding friendly relations between Cyprus and Egypt and will continue to work tirelessly to further deepen and strengthen these relations,” the statement said.

Although the government has given no details about what happened, local media reports suggested that the diplomat became agitated when she was forced to undergo a strict security check at the entrance to the airport’s departure lounge.

The reports said Bakhoum was detained at the airport after lashing out at security when asked to take her shoes off to accompany her husband and children to the boarding gate.

Reportedly she became upset after being rudely spoken to and then manhandled during a heated argument and a female policewoman was allegedly slapped during the incident.

The Egyptian embassy in Nicosia said it has ‘no comment’ to make on the issue.