The efforts of Spaniards to minimize, if not deny, the Arab-Muslim dimension in their history and their culture marked the reconstruction of the Spanish identity.

Fez- Studying a history that begins in 1492 and culminates with the expulsion of the Moors is key to understanding the evolution of cultural, political, and ideological relations Spain holds with its closest Muslim neighbors, and those who are more geographically distant.

It is also important to highlight the historical reasons that prevent a real cultural rapprochement and understanding among the people of both shores of the Mediterranean. This helps illuminate what prevented the establishment of solid foundations for a bilateral relationship between Morocco and Spain, based on mutual respect, the right to difference, and the banishment of any tendency to polemic, and vilification.

The deep cultural divide between the two neighboring peoples has its roots in more than 12 centuries of history. The collective Spanish memory portrays this period as marked, in general, by a merciless confrontation between the advocates of each religion. This cultural and ideological confrontation reached its climax with the fall of Granada and the completion of the Reconquista on January 2, 1492.

Spanish historiography tends to present the Reconquista as the result of eight centuries of struggle against the “infidel” Muslim. However, it was also the starting point of a long and uninterrupted process during which all components of Spanish society began the work of exorcism, purification, and latinization of their history and national identity.

Erasing the Arab-Muslim element to ‘purify’ the Spanish identity

Spaniards’ efforts to minimize, if not deny, the Arab-Muslim dimension in their history and culture marked the reconstruction of the Spanish identity. It also involved doing away with all that could bear any relation with Muslims and Islam.

Spain’s process of denial of its Arab-Islamic past began with the fall of Granada in 1492. This was the starting point for the unification of Spain and its religious, cultural, and ethnic uniformity.

The Spanish crown dictated this uniformity from all sides. Spain’s political and religious leaders led the movement with an iron fist, and it took the form of ethnocide. Conducted on behalf of the “purification” and “decontamination” of Spanish identity, this standardization came at the expense of an entire population.

Spain considered Arab-Muslim people, from the early 16th century, as a nation culturally, ethnically, and religiously different. Spaniards viewed them as incapable of assimilating and, therefore, dangerous for the unity, stability, and peace of the nascent country.

This minority had committed three “faults”: They practiced a different religion and possessed a different culture and collective memory. Most importantly, they represented an abhorred civilization, which, for eight centuries, had ruled over the ancestors of the Iberian Peninsula’s new masters.

This “hunt for Moors” shows the intolerance of the Spaniards at the time, their religious fervor, and their intransigence towards their second-tier citizens. It also demonstrated their will to definitively turn past a “dark” page in their history, during which the Muslim element played a leading role. An institution established before Spain ended in its process of unification in 1492 effected this persecution of the Moors. This institution was the Inquisition.

Ethnic cleansing through the Inquisition

This institution became “national” from 1481 onward. It was a major factor in the success of the ethnic cleansing and religious unification policy the young Spanish state pursued after the fall of the last Muslim kingdom.

The beginning of the definitive end of the Muslim presence in the Iberian Peninsula led to a flurry of speeches and treaties. These had one common claim: Highlighting exclusively the European identity of Spain.

This process also marked the beginning of a continuous campaign of vilification conducted against the “infidel” Muslims.

That final expulsion of this ethnic-religious minority proves the narrowness of senior Spanish clerics and politicians at the time. They claimed to be the heirs of the Visigothic kingdom, killed by the arrival of the “infidel” Muslims in 711. They sought, through ethnic cleansing, to achieve racial cultural and religious purity, “broken and contaminated” by the presence of the Muslim.

Spain apologizes for its historical wrongs—but not to Muslims

Another historic event confirmed both the difficulty for Spain to assume the Arab-Muslim dimension of its history and identity, and the lack of consideration that the majority of Spaniards showed towards the Moors and Muslims in general.

Rodrigo de Zayas pointed out in his book “Les Morisques et le racisme d’Etat,” (The Moriscos and State Racism), and Juan Goytisolo in his article “Legado Andalusí, una perspectiva occident,” (Andalusian Inheritance: A Western Perspective), how Spanish officials highlighted the contribution of Jews to the construction of Spanish identity, and in the splendor of its cultural heritage, but failed to mention the role played by Muslims.

King Juan Carlos expressed his compassion for the unfortunate fate of the Sephardim who were forced to leave their homeland, asking for forgiveness from their descendants.

However, no one raised their voice to plead for the Moors’ official rehabilitation in the history of Spain. No one called to apologize to their descendants, most of whom currently live in Morocco, particularly in cities such as Fez, Chefchaouen, Rabat, and Tetouan. No one raised their voice to express the mea culpa of Spain about the decision of Philip III and the Duke of Lerma, who condemned the memory and culture of an entire population to extinction 120 years after the fall of Granada. 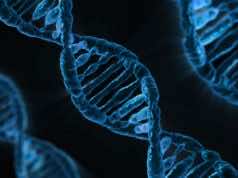