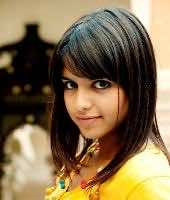 A great number of men feel threatened by women’s professional success. They somehow cannot stand the fact that they might outrank them, get a higher wage or build a better career. A man usually would not mind feeling inferior to a woman in kitchen matters, but when it comes to working outside, he absolutely has to be ‘The Man’. Why are men scared away by successful women? What makes them threatening?

Since the beginning of times, the idea was that men are supposed to do the work and earn the money to take care of their families. Women are to be taken care of financially and are expected to do the household work. And now that women work as well, most of men still cannot accept their ego to be bruised as they got used to having their women depend on them. In other words, a ‘Man’ feels deprived of his manliness when he no longer is the only bread earner.

Nowadays, some women do achieve great success professionally but are not as successful at the personal level. As a matter of fact, lots of men would rather stay away from powerful women as they find them intimidating, cold and sometimes masculine. Besides, there is also the fact that this kind of women put a lot more energy into trying to build a good career more than trying to work on relationships.

Consequently, a working woman does not only have to deal with the challenges of trying to be equal with men at the professional level, but also deal with undermining stereotypes. It is, indeed, true that whether you are a man or a woman, work can make you vulnerable to becoming cold and stressed out as you put a lot of focus and effort to succeed.

However, men recently have become a little less influenced by stereotypes that say those women are hard to live with, self-centered or control freaks. I asked a few of my male friends whether they are intimidated by powerful women, and if they would date them. Here are some of the answers:

Abdellah (21, Morocco) says, “I do not feel intimidated by this kind of women but rather inspired by them. I would actually date one as long as she does not try to take control over me.”

Justin (25, United States) says he loves powerful women. “However, if we are married I would want a woman who understands that our personal relationship is not dictated by our professional relationship,” he added.

I personally believe that the issue is more about intellectual abilities and success rather than gender difference. People are often intimidated by others who outsmart them and make them feel below whether they are of the same or different sex.