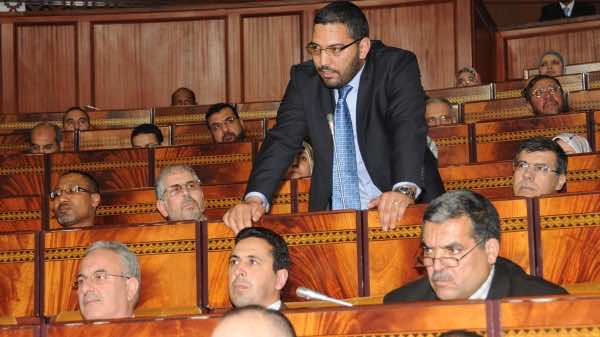 The PJD MPs, along with several other members of parliament have decided to demand the president of the government to apologize to the legislative house. The request came as a reaction to what they described as “the insult,” following the beating of Abdessamad El Idrissi, a PJD MP, by security forces in front of the parliament.

Last Thursday, the MP was subjected to a beating after the heavy-handed intervention of security forces to disperse unemployed protestors who were demanding their integration into government jobs, according to news reports.

Mr. El Idrissi held the Pasha of Rabat responsible for what happened and explained that though he showed documents which proved his identity as an MP, he was beaten and insulted in the presence of the Pasha.

The MPs of the Authenticity and Modernity Party (PAM) are also reported to have called for a meeting, demanding the attendance of the minister of interior, the minister of justice and the general director of national security.

On the other hand, the daily Akhbar Alyawm reported that King Mohamed VI phoned President Benkirane and expressed his discontent with the way the MP was treated and called for the enforcement of the law.