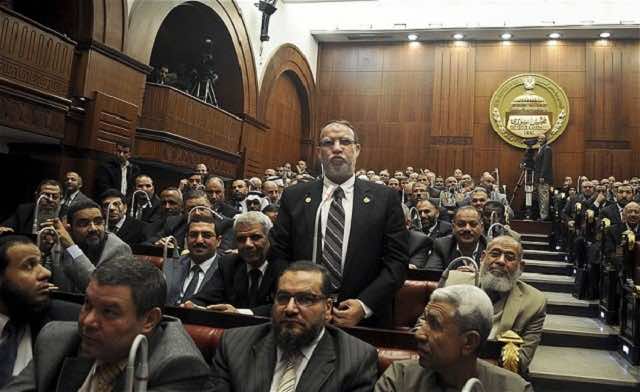 Egypt has set up a council to negotiate the release of its nationals arrested in the UAE reportedly for spying and raising
funds for President Mohamed Morsi’s Muslim Brotherhood party, local media said Thursday.

The council, formed by the newly-empowered senate, will “work towards the release of Egyptian doctors in the Emirates and investigate the circumstances of (their) arrest,” newspapers quoted senate president Ahmed Fahmi as saying.

The Al-Khaleej daily reported this week that the United Arab Emirates had dismantled a “cell” linked to the Brotherhood which was recruiting Egyptian expatriates in the Gulf country, mostly doctors and engineers.

The Brotherhood’s spokesman Mahmud Ghozlan told AFP the arrest was part of an “unjust campaign” against Egyptian expats, as Egypt sent a presidential adviser to the UAE for talks with Emirati leaders.

At least 10 people “belonging to a cell linked to the Brotherhood’s leadership in Egypt” were arrested, Al-Khaleej said.

The group “gathered large sums of money which they sent illegally to their parent organisation in Egypt,” gathered secret defence information on the UAE,    where political parties are banned, and held secret meetings with their Egyptian superiors.

It said the “Brotherhood offered training to the cell on how to bring about regime change in Arab countries.”

The UAE and other Gulf Arab monarchies were largely spared the upheaval that swept the Middle East after uprisings in North Africa in 2011 and which brought Islamist governments to power in Egypt and Tunisia.

During the past year, the United Arab Emirates announced it has broken up several cells it said were plotting against its security.

The Islamist-dominated Egyptian senate is invested with legislative powers until a new parliament is elected in two months, thanks to a controversial new constitution that was approved in a popular vote in December.