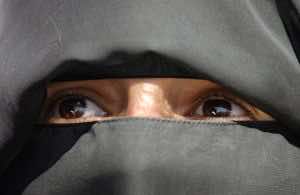 A Tunisian university dean accused of assaulting a veiled student said on Thursday his trial was aimed at undermining democracy after the judge set a January 17 date for the verdict.

“I am confident that justice will be done for the university,” Habib Kazdoghli, dean of the humanities faculty at Manouba University, said as he emerged from the courtroom.

“We are defending institutions and the rule of law,” he told a crowd of supporters including Tunisian and foreign human rights activists as well as opposition politicians.

The trial “is a vain bid to bring university officials to their knees and to undermine the democratic functioning of the university,” he added.

During the hearing, the last before the verdict, one of Kazdoghli’s lawyers made even harsher comments.

Defence lawyer Faouzi Ben Mrad accused the prosecutor “of meting out justice just like in the days of (Zine El Abidine) Ben Ali,” a reference to the toppled dictator who fled the country in January 2011.

The trial, which opened in the summer, was watched closely amid simmering tensions between secular Tunisians and hardline Salafists, whose power has spread in the aftermath of the Arab Spring that forced Ben Ali out.

Kazdoghli is accused of “an act of violence committed by a public employee while performing his duties,” a crime that carries a possible five-year jail term.

Last March, Kazdoghli said two female students wearing the full face veil, or niqab, ransacked his office. One of the women, who had been barred from the faculty for wearing the niqab in the classroom, accused him of slapping her.

There has been a stand-off for months between staff at the faculty of 13,000 students and Salafists who adhere to an ultra-orthodox form of Sunni Islam.

The Salafists are demanding that female students wearing the niqab be allowed to attend courses despite the university regulation banning it in class.

Secular Tunisians accuse the government, led by the Islamist party Ennahda, of seeking to Islamise society.