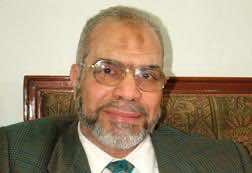 Mistrustful ties between Islamist-run Egypt and the United Arab Emirates deteriorated further this week with the reported arrest in the UAE of more than 10 Egyptians allegedly spying for Egypt’s Muslim Brotherhood.

The report, carried by the UAE newspaper Al-Khaleej, stirred a flurry of diplomacy and other activity as Egypt sought to limit the fall-out, which had the potential to add diplomatic woes to its already dire economic and domestic political problems.

The government of Egyptian President Mohamed Morsi, who hails from the Muslim Brotherhood, has so far made no public comment confirming or denying the information.

But a spokesman for the Muslim Brotherhood, Mahmoud Ghozlan, told AFP the accusations in the report had “no basis whatsoever” and were simply part of an “unfair campaign” against Egyptians in the UAE.

One of Morsi’s advisors has been dispatched to the UAE for talks with the Gulf country’s leaders.

And the Egyptian senate has set up a council to “work towards the release” of those arrested, newspapers quoted senate president Ahmed Fahmi as saying.

Al-Khaleej, quoting an unidentified source it said was well-informed, reported on Tuesday that UAE security had broken a Brotherhood spy ring that had been collecting secret defence information on the country and illegally sending “large amounts” of money to its parent group in Egypt.

More than 10 people “belonging to the leadership of Egypt’s Muslim Brotherhood” had been arrested, the newspaper said, adding that the cell had been recruiting expatriate Egyptians in the UAE.

It reported that the cell had held “secret meetings” across the country with Brotherhood members who instructed it on “the means of changing leadership in Arab countries”.

Any suggestion of regime change is extremely sensitive in the United Arab Emirates and other Gulf states, which have been largely spared the upheaval of the Arab Spring that from early 2011 swept aside autocratic governments in the Middle East and North Africa.

Egypt’s Morsi came to power in June last year on the back of the uprising in his own country, which ousted dictatorial leader Hosni Mubarak in February 2011.

Morsi’s Muslim Brotherhood, which had long survived underground as a banned organisation, took power through its political wing, the Freedom and Justice Party, on a vision of establishing more Islamist rule.

The UAE, for its part, has become especially vigilant for any signs of insurgent sentiment, last year arresting at least 60 Islamist dissidents it claims were plotting against state security.

Most or all of the men arrested identified themselves as members of the UAE’s Reform and Social Guidance Association (Al-Islah), which Emirati authorities say is linked to the Muslim Brotherhood.

Also, last month, the UAE said it dismantled a cell of Saudi and Emirati members alleged to have been plotting “terror” attacks in the two countries and other states, intimating they were Al-Qaeda-linked Islamists.

Dubai police chief Lieutenant General Dahi Khalfan has repeatedly lashed out at the Arab Spring uprisings. After Morsi’s election in June, Khalfan implied on his Twitter feed that the Brotherhood might try to sow dissent in the Gulf.