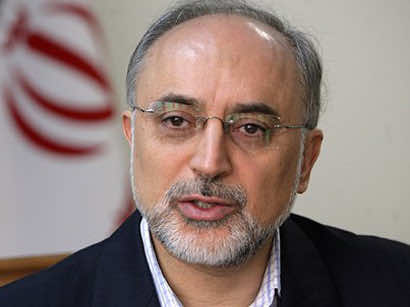 Salehi will meet with his counterpart Mohammed Kamel Amr and President Mohamed Morsi during his two-day visit which begins on January 9, said Mojtaba Amani, the head of Tehran’s interests section in Cairo.

Salehi is expected to discuss “bilateral issues, the issue of Syria as well as other regional and international matters” with Egyptian officials, Amani said.

He said a meeting between Salehi and UN-Arab League peace envoy to Syria Lakhdar Brahimi was also likely to happen.
Salehi left Tehran on a tour of African nations on Saturday, which will take him to Benin, Ghana and Burkina Faso.

The ISNA report did not specify whether Salehi’s Cairo visit is part of a diplomatic mission or within the framework of a regional contact group on conflict-stricken Syria — involving also Turkey and Saudi Arabia.

Salehi was in Cairo in mid-September to attend the group’s meeting, but as a foreign minister he has never visited Egypt for bilateral talks.

Iran staunchly supports Syrian President Bashar al-Assad’s regime, in contrast with Egypt, Saudi Arabia and Turkey which are all calling for his ouster amid the unabated violence gripping Syria.

Iran and Egypt maintain interests sections in their respective capitals ever since the two cut diplomatic ties in 1980 in the wake of Iran’s Islamic revolution.

Morsi attended a Non-Aligned Movement (NAM) summit in Tehran in late August, the first time an Egyptian head of state set foot in Iran since the cut in ties.

Shiite-majority Iran has sought to normalise relations with Sunni Arab Egypt since the overthrow of president Hosni Mubarak in 2011. But Morsi has so far reacted with caution to Tehran’s overtures.