Meknes- Dr. Samir Bennis was hosted yesterday in Meknes by the faculty of Moulay Ismail of Humanities, in an initiative taken by The Moroccan Center for Arabic Studies and in cooperation with Morocco World News. 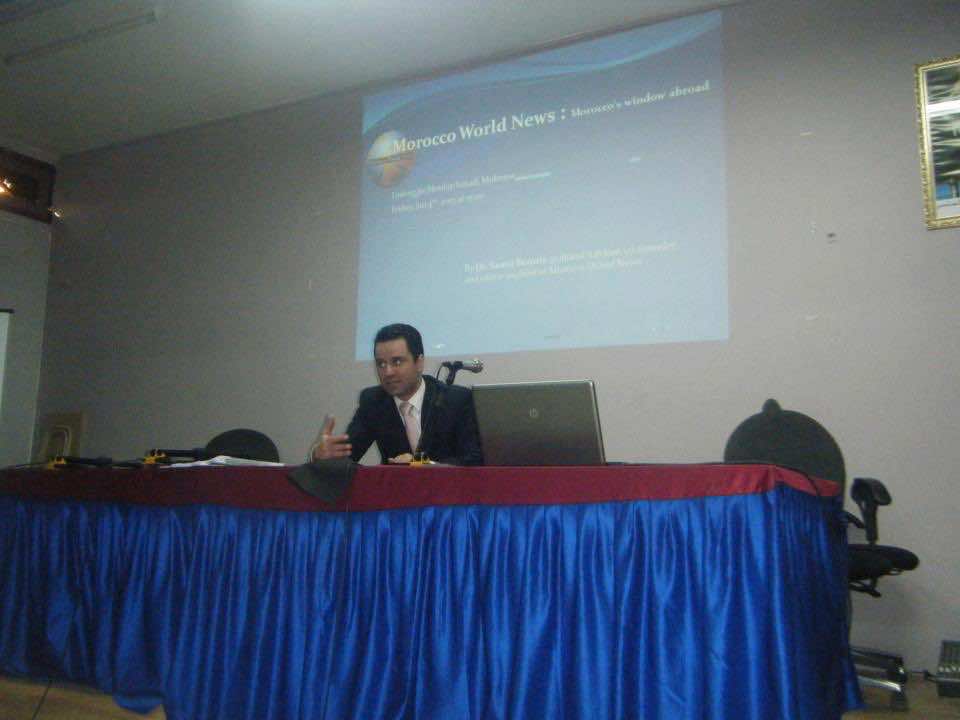 By
Jamal Saidi
-
Jamal Saidi is an English teacher.
Jan 5, 2013
Spread the love

Meknes- Dr. Samir Bennis was hosted yesterday in Meknes by the faculty of Moulay Ismail of Humanities, in an initiative taken by The Moroccan Center for Arabic Studies and in cooperation with Morocco World News.

As a co-founder and editor of MWN, Mr. Bennis shared his experience in building a news agency abroad.

Mr. Bennis said that the idea of establishing an English speaking Moroccan news outlet came as a reaction to the infamous propaganda that targeted Morocco during the events of Akdim Izik in the Moroccan city of Laayoune.

The Spanish media, along with Algeria and Polisario, have tended to project to the world a distorted reality of the kingdom.

He cited the infamous incident of bloody pictures allegedly represented as being of the victims of the Moroccan security forces in a bid to blemish the country’s global image. The photos had been those of a murdered family in Casablanca and a child in Palestine.

He continued that MWN aims at counterbalancing the aforementioned attempts, stressing that Morocco lags behind in relation to the promotion of its national interest in the United Nations and the United States. 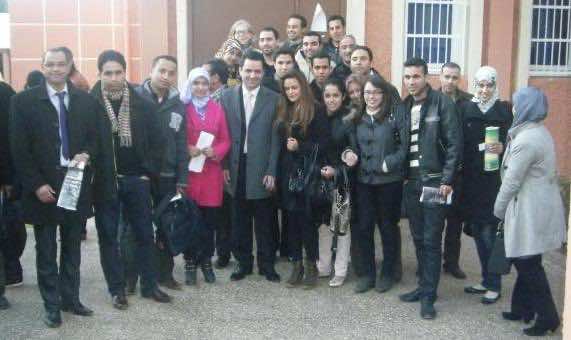 Mr. Bennis went on to say that Morocco “has a rich culture that is recognized and appreciated worldwide, especially in the US.”

Moroccan food and furniture enjoy a prestigious status in the United States where, unfortunately, our media are almost absent.

He highlighted that MWN has “become the leading English news outlet in Morocco.” In less than two years, the news agency has already gained some popularity in Morocco and abroad.

Half of the attendees of the lecture said they had already heard about MWN. He added that “its readers come every day from an average of 90 countries around the world.”

The official facebook page reached over forty-thousand followers. This is, Mr. Bennis continued, thanks to the efforts of Mr. Adnane Bennis and the team of MWN who continuously work for the sake of providing the audience, especially abroad, with a balanced vision of news about Morocco.

Mr. Bennis concluded that the reality of Morocco should be portrayed to the world by Moroccans themselves, instead of relying on non-Moroccans whose lack of knowledge of the country at all levels may affect their perception of the reality on the ground.