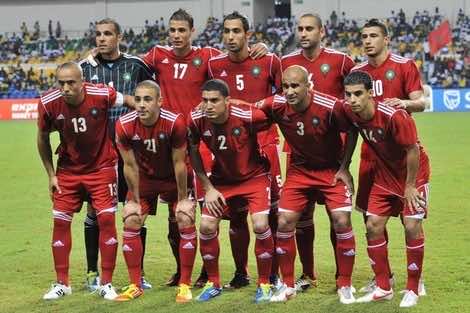 Selecting a coach for the Moroccan football team usually sparks furious debates among many Moroccans who never agree on an appropriate choice. We, as Moroccans, have been living the process of selecting the current coach, Rachid Taoussi, who had been selected to train the national team by The Royal Moroccan Football Federation. Most Moroccans wanted Badou Zaki, the current coach of WAC, Wydad of Casablanca, to be the coach, but The Federation chose Taoussi based on certain criteria. This give-and-take shows that there is a lack of consensus between The Federation and the masses in matters related to the selection of a suitable coach for the National football team. So, why did they choose Rachid Taoussi instead of Badou Zaki?

Unlike Zaki, Taoussi seems to be an easygoing coach. He may neither create troubles for The Federation nor object when it comes to certain issues like the selection of players. This idea was proven when Eric Gerets lately revealed that he was obliged to invite the Moroccan promising young player Adil Taarabat to play on the National Team  in spite of his strange reactions to the decisions of the coach; especially when he left the training session with the National Team in the last African Cup.

Given his past experience with different football teams, Taoussi seems to be a good coach, but he unfortunately lacks the charisma for the national football team. Big teams need coaches with strong personalities. Morinho, Real Madrid’s coach, for example is charismatic, and his last decision to leave Casillas on the substitution bench was not an easy task because the latter is the captain, and one of the pillars of Real Madrid. Taoussi, on the contrary, seems to be hesitant in most of his decisions concerning the selection of good players.

The selection of players is the second problem. That is, there are many good Moroccan football players inside and outside the country. Recently, Taoussi faced the dilemma of relying on professional players who play on European teams or mingling in local players and other players abroad. The final list of players who will be playing in the African Cup of Nations 2013 hosted by South Africa has at last released. Now Taoussi needs to create the harmony between players whom he has selected. He should also use his expertise in psychology and in coaching to boost their morale because they are losing confidence and energy, especially after the illusion they had been living in during the last African Cup.

The third problem is closely linked to the lack of self-criticism of some players. Some young players believe that they are the best and should be present in all games no matter what the circumstances are. This attitude creates selfishness and anarchy inside the team. It is worth remembering that a team means a group of people who do something together as a group in order to achieve a common goal.  Let us go back to the case of Taarabat. The latter is a good player, but he always wants to be the star of the team. In fact, it is the dream of any player, but he should be mature enough to take into consideration the strategy of the coach and the nature of African football which is based on physical prowess and technique.

Furthermore, people who are in charge of and have the upper hand in the Royal Moroccan Football Federation create another sort of problem, which is linked to arbitrariness and unprofessionalism in the organization and preparation for competitions. That is, these people do not benefit from their past experiences, and they do not care about how much money they pay to coaches when they replace them with others, or the amount of money they spend when they participate in matches. Accountability should, therefore, take place immediately after each failure, and football moguls in Morocco should be held responsible. There should be no more indulgence with them.

To sum up, in spite of all the aforementioned problems, players should develop a sense of belonging to the Moroccan Team.  They should compete for enhancing Moroccan football’s reputation and ranking, and determine to win the African Cup which is taking place this month in South Africa.