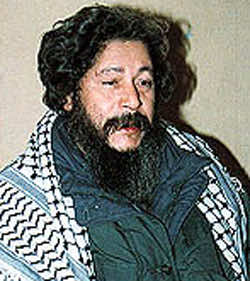 As a distinguished Moroccan writer, Mohamed Zafzaf produced literary works such as “The Woman and the Flower”. During his lifetime, he was noted for his evasion of complexity and always opted for simplicity in his writing.

Now, for the first time, nearly all of Mohamed Zafazaf’s works are now being published in Egypt by publishing house Vision.

Since Vision obtained publishing rights, courtesy of the late writer’s sister, the company has ushered in a new Moroccan writer into Egyptian libraries.

In an interview with the Moroccan daily Al Akhbar, Rida Aiouad pointed out that Zafzaf’s works now sell in Cairo, and that they will soon be put on display for the Egyptian public at the Cairo book exhibitions.

It is worth noting that Zafzaf wrote around twenty short stories, the most famous of which is “The Fox that Emerges and Disappears.” Most importantly, the initiative taken by Vision can serve to give homage to the writer that was much neglected during his lifetime.

Getting published will undoubtedly bring the late writer more recognition, especially that many Egyptians are more well-known for their keen interest in Arabic literature than Moroccans.

As usual, the forthcoming book exhibition in Casablanca in April will display some notable works of Mohamed Zafzaf. In this manner, Maghreban literature will have the chance to outstretch its arms to new visitors, readers and writers from across the Arab world.