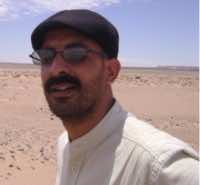 It is so hard to face some situations in our lives and to accept the truth, especially if the news concerns one’s daughter, wife, sister or student. We often find it easy to point to a lady or to a girl in the street and say that she is a prostitute. That’s what the majority of Arab and Moroccan males do on a regular basis, unfortunately.

But what if the lady you are pointing to and the girl you are talking about happens to be your wife, your sister or, simply and bitterly, your student. Surely, you will react and behave differently and not indifferently. We do not put ourselves in others` shoes as we usually claim.

Frankly speaking, many fathers and brothers are afraid to face this bitter truth. They avoid going to schools to ask about their daughters so as not to hear the bad news. They prefer not to know the truth than face its bitterness. That’s why they ignore this issue as if they are not concerned.

They even avoid controlling their daughters’ personal lives because they can not accept discovering that their girls are drug abusers, smokers, and sellers of their bodies. For them, better not to know than to find themselves in a situation that they do not and would not accept for their sisters and daughters. But they would not feel any harm if the problem concerns others` sisters and daughters.

All over the world, and Morocco is not an exception, university cities are famous for student prostitution. Poor girls from remote areas, who want to live the life of the rich and the life they see in Mexican and Turkish movies, discover the world of the night clubs and the red nights and their colorful lights.

They find out that the scholarships they get from the government can not pay for their basic needs as they can hardly pay for their food, make up, expensive perfumes and housing. Of course, to be just and fair, the issue does not only touch poor women, rich girls from wealthy families are also involved in these nets of prostitution.

As a result, they find themselves drowning in the oceans of prostitution and its social networks. They have all the potential that would make them professional national and international prostitutes. They speak good English, French and even other Arabic dialects. Thus, they have all the `infrastructures` that will help them invest in their bodies and ’hunt’ wealthy” foreigners even if they might be older than their grandfather. The age does not matter as long as they are paid in euros and dollars.

Consequently, parents accept the money their daughters send them and the gifts and the goods they get from them without any question about their source. They pretend not to know what happens and where the money comes from. Many girls end up informing their mothers about their new life in hotels and their adventures with tourists and the rich. As a result, mothers hide the truth from the men to avoid problems. They even sometimes become their daughters` partners and associates in the new business,

When you visit Agadir or Marakesh, for instance, you would not need much intelligence to discover the truth. A simple visit of famous restaurants on the beach and some well-known hotels will show you that our youth is on sale in the presence of their mothers who play the role as `pimp` in public.

As a teacher, you might find yourself facing an ex-student of yours drinking or dancing in public. You might meet those who do not participate in the classroom activities that will be showing their bellies and parts of their bodies while dancing for an old tourist or an old Arabian.

This happened to me once in Agadir when I was with a friend in a restaurant. The latter, was surprised by one of his ex-students dancing in public showing her body and her bodily skills. The teacher was so shocked and felt lost and disappointed.

Immediately, he told me that we should change the place because he could not support watching the scene in front of him. I understood what he was feeling as I felt the same bitterness and sadness too because I would never accept to find a student of mine in such a situation. The girl seem drunk and `flying` in her own skies and horizons while teachers are asked to teach the verb to be in “Horizons,” the textbook we teach in middle schools.

This is what happens when we see our sisters being exploited and abused by others, when we see our students being in the market of bodies using their body capital to feed themselves or their families. We feel a bleeding of values inside our consciousness and sub-consciousness. We feel that all that we have been trying to build in years and decades is ruined in a single moment. This is failure of the whole cultural, social and educational systems.

It is so shocking, in fact, and so humiliating for us as individuals and as a society and a nation. What a sad thing to happen, to see the dearest angels we used to teach and help find their way in this world be innocent victims of those national and international foxes  and wolves, in the form of humans, who are experienced in eating the sheep that gets out of the herd while the shepherd is asleep, absent or unconcerned.

This is a message to all shepherds who are neglecting their family herds, to all fathers, brother, teachers and to all those who are concerned with the future of our sisters and daughters to move and act before it is too late; to save our future mothers and leaders from being prostitutes and pimps.

Pretending that we do not know what happens within our hotels, tourist and university cities is not  effective tactics and policy. Effective and instant procedures should be taken to protect our schools and universities from professional pimps and prostitutes who are using the universities and the high schools as space to strengthen and widen the nets of prostitution regionally and nationally. Here we are ringing the bells instead of watching and watching them shaking their bellies.