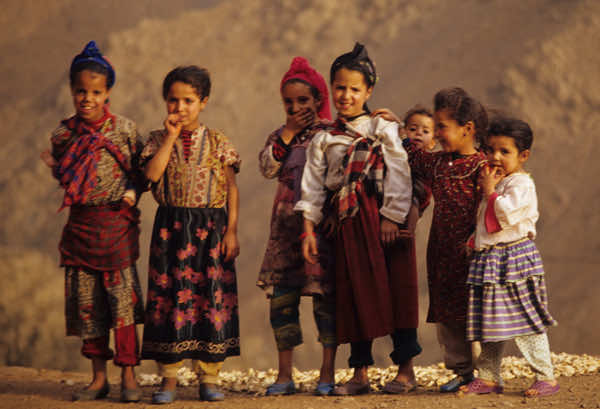 The Moroccan government council has approved last Thursday three bills addressing children rights in line with The United Nations Conventions on the Rights of the Child, a convention ratified by Morocco in 1992.

According to the Moroccan daily Le Matin, the Moroccan government council has approved three bills addressing child protection in partnership with the parliament and the European Council in order to ensure the protection of children’s rights.

Morocco will celebrate on June 2013, the 20th anniversary of the ratification of the UN Convention on the Rights of the Child.

Morocco has made substantial progress in enforcing children rights. In 2006, Morocco issued a comprehensive action plan highlighting the universality of Human rights.

The United Nations Convention on the Rights of the Child (UNCRC) is a human rights treaty signed in 1989 that aims at protecting the civil, political, economic, social, health and cultural rights of children. The Convention defines a child as any human being under the age of eighteen, unless the age of majority is attained earlier under a state’s own domestic legislation.

The convention aims at promoting the primacy of children’s basic as well as procedural rights in addition to empowering them to participate in the decision-making process regarding their own interest.

It emphasizes the necessity for children to develop personal relations with their parents and close relatives. The third bill approved by the government council subscribes to the European council convention for the protection of Children against all forms of exploitation with an emphasis on sexual abuse.

The convention denounces all forms of sexual abuse inflicted on children, namely sexual violence, children prostitution, pedopornography and the solicitation of children for sexual ends. It aims also at combating all forms of aggression susceptible to provoke irreversible damages to the children’s physical and mental health.