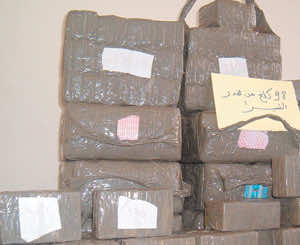 Some 54 kg of Chira were seized and a Spanish national was arrested on Sunday at the border crossing of Bab Sebta.

According to Bab Sebta customs services, the drugs, discovered during a joint operation with the police, were hidden in the form of packets in the frame of a car registered in Spain.

The driver of the car, a Spaniard, was planning to take the illegal drugs into Spain via the border crossing of Bab Sebta.

He was taken into police custody pending investigations.