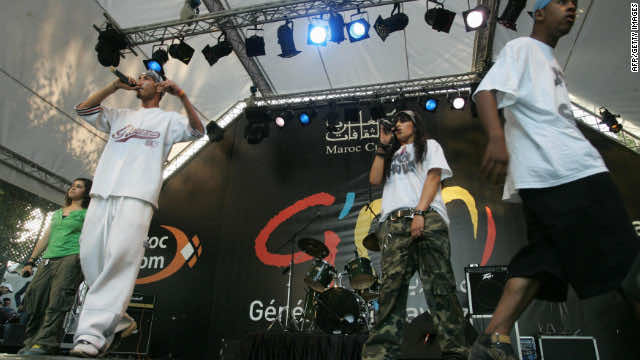 An example of cultural acculturation is the adoption of hip-hop culture, which originated in the African-American community, by almost all nations worldwide. Moroccan hip-hop is an example of an amalgamation of cultural components from distinct cultures. The first ingredient in this cultural ‘miscellanea’ is the hip-hop culture—rap, dance, outfit, behavior, etc.—of the African-Americans, who owe the universality of their pop culture principally to all of the immense production and distribution facilities made available to African American rap singers, for instance, in the U.S., and to the influential role of the media in making the African American community’s distinctive cultural identity exposed and reachable worldwide.

As has already been implied above, the phenomenon of cultural assimilation might result in either ‘beautiful’ or ‘ugly’ products.  Moroccan rap, for instance, as an amalgamation of both Moroccan Arabic and the African-American rap music, as two representative cultural elements from each culture respectively, has given birth to an array of subcategories of ‘Moroccan rap music,’ differing in both conception and performance.

Moroccan rap is therefore either taken to the extremes, in that it makes, for instance, inappropriate use of language—offensive and unsavory slang—oblivious of the multifariousness of the audience exposed to their productions. Regardless of the true reason behind the emergence of rap music, which is believed to be the expression of cultural identity and distinctiveness, nothing can legitimize the use of distasteful language when a proportion of your audience happens to be mainly children. In this case, the outcome of the process of cultural appropriation is deplorably ‘unflattering.’

Admittedly, there are also instances of cultural appropriation the fruit of which is of unutterable beauty. Keeping with the Moroccan rap analogy, certain Moroccan rappers (needless to name them) have succeeded in conflating the right cultural ingredients, selected intelligently from the source culture.

This group of rappers is characterized by an original use of Moroccan Arabic, for instance, in their songs. They also tackle Moroccan-specific issues and engage in the practicalities of those issues from original, intriguing and mind-compelling perspectives. Their songs are both informative—on the Moroccan culture, for example—and pleasurable for the genuine rhymes and rhythms of their musical compositions.

This is similar to how European renaissance writers and thinkers looked back with fascination at the classical ways of thinking of the Greeks and Romans, incorporating some of their myths and literary and intellectual archetypes in their own compositions, which have also shaped their perceptions of culture and society in general during that era. Contrary to the example provided in the previous paragraph, this is a great illustration of the ‘beautiful’ dimension of cultural appropriateness.