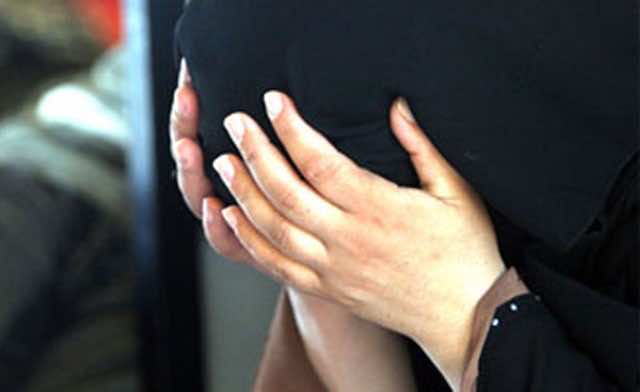 The recent marriage of a 90-year-old Saudi man to a 15-year-old girl has sparked condemnation from human rights and social media activists in the kingdom.

On Twitter especially, activists criticized the parents of the girl for giving her out to a man decades older than her.

In an interview the groom insisted that his marriage was “legal and correct,” and that he paid $17,500 (SAR 65,000) dowry to marry the girl, who is the daughter of a Yemeni father and Saudi mother.

The 90-year-old man told the story of his first night with the little bride. He said she entered the bedroom before him and she locked the door from inside so he could not enter. This he said made him “suspicious about some kind of conspiracy” by the girl and her mother.

He vowed to sue his in-laws to give him back the girl or return him the expensive dowry he paid.

Close friends of the bride’s family said she was frightened on the wedding night and she locked herself up in the room for two successive days before fleeing back to her parents’ home.

The member of the Saudi National Association for Human Rights (NSHR), Suhaila Zein el-Abedin urged authorities to intervene “as soon as possible to save this child from tragedy.”

El-Abedin noted that marriage in Islam must be based on mutual consent and this was not satisfied as demonstrated by the girl’s move to lock herself up in the room.

She said the girl’s parents were also to be held responsible for marrying their daughter to a man of the age of her grand grandfather.

She urged establishing the minimal age of 18 for marrying girls, saying this will pave the way for punishing violators, according to a report by al-Hayat newspaper.

Jamal al- Toueiki, a psychologist, said forced marriage may subject girls to abuse and violence and this could lead to their suicide if nothing is done to save them.

On twitter, Mouhammad Khaled Alnuzha [email protected], a legal expert asked: “Is this a case of human trafficking crimes punishable by law?”

[email protected], who identifies himself as another legal expert, stated: “She is still considered as a product! A father sells his daughter without mercy, to be bought by money and status and power; all of it for the sake of fulfilling a desire.”

Nawal Saad @lhnalkhlwd wrote on his account: “When people of reason and wisdom are asked to be silent and the ludicrous are set loose, we will see these anti-human behaviors.”

Samira Al-Ghamdi @SamiraAlGhamdi, a psychologist at a child protection center, wrote: “We need a law to penalize these acts … enough child abuse.”
She added that the story of the child bride should be titled “A 90 years old ‘buys’ a girl … or : A father ‘sells’ his daughter…”