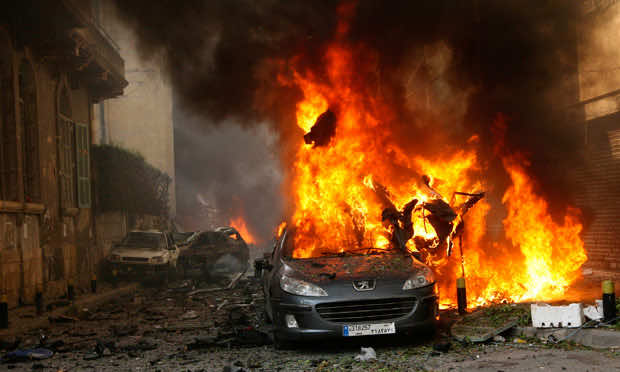 Libyan Islamist leader Ahmed Abu Khattala said on Monday that a man was killed and another injured when planting a car bomb in a bid to assassinate him.

“One person was killed and another was wounded as they were planting a bomb in my brother’s car with the aim of assassinating me,” he said of the Sunday night incident.

A security official in Libya’s second city Benghazi confirmed saying that “two people were involved in an assassination attempt against Ahmed Abu Khattala. One was killed and the other wounded.”

He added that the men were trying to set a bomb in a car but the device exploded in the process, instantly killing one of the assailants.

The blast destroyed two vehicles, a white pick up truck in which the perpetrators reportedly arrived and a black jeep, an AFP photographer said.

Abu Khattala is one of the accused in the case of General Abdel Fatah Younes, who was killed in July 2011 along with two companions in murky circumstances. Their bodies were found in the outskirts of Benghazi.

US media reports have also implicated him in the deadly September 11, 2012 assault on the US consulate in Benghazi.

But, in an October interview with AFP, the Islamist leader denied any role in the attack that killed Ambassador Chris Stevens and three other Americans.

Benghazi, cradle of the 2011 revolt that toppled dictator Moamer Kadhafi, has emerged as focus for jihadist groups.