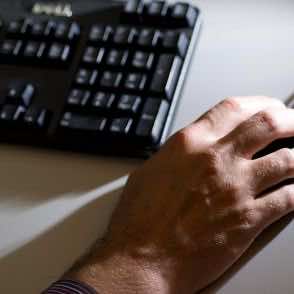 An Algerian computer hacker wanted by the FBI for allegedly stealing millions of dollars from American banks to fund a lavish lifestyle has been arrested in Bangkok, Thai police said Monday.

Hamza Bendelladj, 24, appeared unruffled by his looming extradition to the United States as he was paraded before the media in handcuffs with a beaming smile.

“When asked what he did with the money, he said he spent it on travelling and a luxurious life like flying first class and staying in luxury places,” Immigration Police chief Phanu Kerdlabphol told reporters.

The FBI has been tracing the computer science graduate for three years after he began hacking into US banks at the age of 20, Phanu said.

“He said he had hacked several US banks and once he hacked a bank with a transaction of 10 million dollars,” he added.

Bendelladj was detained at Bangkok’s Suvarnabhumi airport on Sunday after arriving from Malaysia for a connecting flight to Cairo.