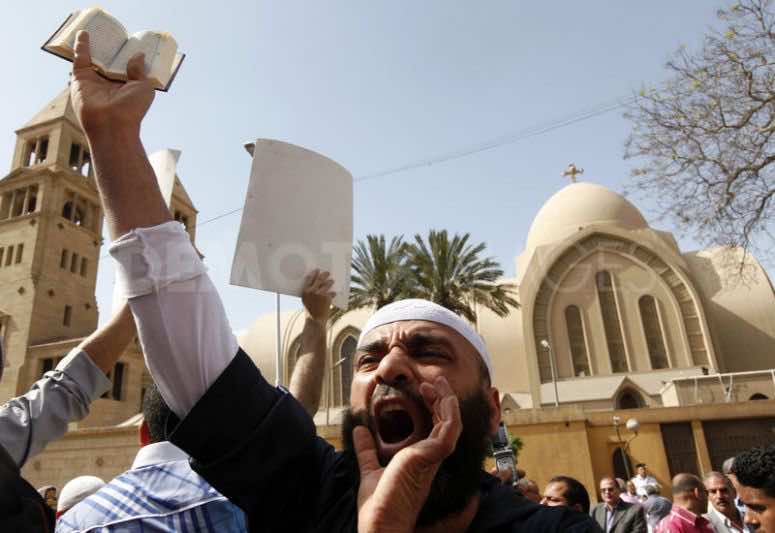 The Egyptian army foiled a bid early Monday to attack a Coptic church in the Rafah border town with Gaza as the minority Christian community began celebrating its Christmas, MENA news agency reported.

“Army units foiled an attack against the Rafah church at 1:00 am (2300 GMT Sunday) and seized a car packed with explosives and weapons near the church,” the official news agency said.

Egypt’s Coptic minority celebrates Monday its first Christmas under Islamist rule and amid a climate of fear and uncertainty for their future, although President Mohamed Morsi has pledged to be the “president of all Egyptians.”

In September, residents and officials reported that several Coptic families from Rafah had fled from the Sinai peninsula town that borders the Gaza Strip after receiving death threats from Islamists.

Morsi, who hails from the powerful Muslim Brotherhood, visited the Sinai peninsula the following month to meet with and reassure Coptic families, telling them that “your security is our security”.

Egypt’s Copts, who make up six to 10 percent of the country’s population of 83 million, have regularly complained of discrimination and marginalisation and have also been the target of numerous sectarian attacks.

One of the worst incidents of violence occurred on January 1, 2011 when 23 people were killed in an attack on a Coptic church in the Mediterranean city of Alexandria.