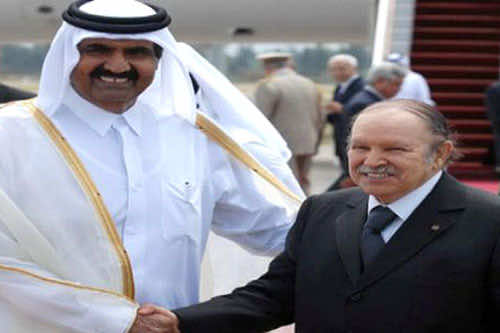 Algeria and Qatar on Monday signed nine accords, including for the construction of a steel plant, during a visit to the north African country by Qatari Emir Sheikh Hamad bin Khalifa al-Thani.

The agreement to jointly build a steel plant in Bella, 300 kilometres (190 miles) east of Algiers was signed in the presence of Algerian President Abdelaziz Bouteflika and the emir of Qatar.

The industrial complex will have a production capacity of 10 million tonnes of steel per year, helping Algeria to slash its total import costs by an estimated 10 billion dollars annually, or 20 percent, according to Algerian sources.

Official media did not specify the estimated cost of the project.

But pro-government daily El-Moudjahid on Monday reported that the total estimated cost of the energy, mining and industry agreements to be signed during the emir’s one-day visit was around five billion dollars.