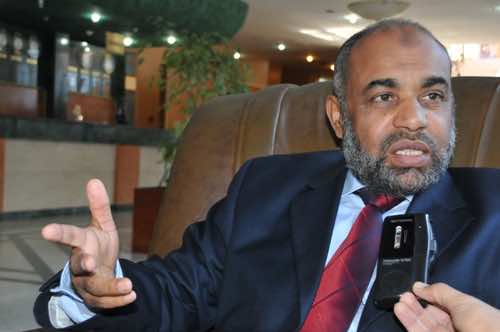 A top member of Morocco’s largest Islamist group, whose founding leader died last month, has said that the banned but tolerated opposition movement was ready to enter the political fray if the authorities allowed it to.

“If we submit a request to form a political party, we will find ourselves up against the justice system, which is in the hands of the state,” Fathallah Arsalane, the Justice and Charity movement’s number two, said in an interview published on Monday.

“The authorities have given no sign that they are willing to accept” such a request, Arsalane told the Arabic-language daily Akhbar al-Youm.

His comments came less than four weeks after the death of Abdessalam Yassine, the group’s charismatic founder and spiritual leader who shunned mainstream politics, and amid speculation about its future direction.

Sheikh Yassine’s funeral, which took place in central Rabat on December 14, attracted tens of thousands of people, in a strong show of support for the 84-year-old leader who repeatedly criticised the wealth and power of Morocco’s monarchy.

Mohammed Abbadi, then Yassine’s deputy, was elected secretary general of the movement, which advocates the establishment of an Islamic state in Morocco through non-violent means, and Arsalane became the new number two.

Justice and Charity refuses to recognise the king’s title of commander of the faithful, a key difference with the moderate Islamist Party of Justice and Development (PJD) that came to power after winning elections in November 2011.

“I don’t see what the problem is (with not recognising the monarchy), because it is a matter of opinion. Shouldn’t the state guarantee freedom of opinion so long as those opinions are expressed peacefully?” Arsalane argued.

On the group’s relationship with the PJD, he said it was necessary to distinguish between the members and the “role” of the government.

“The PJD officials are serious, loyal and committed, but as for the role of the government, we must recognise that it does not govern,” he told the newspaper.

“None of that is new. Some had thought… that things would change,” he added, referring to the high hopes that accompanied King Mohammed VI’s decision to introduce a new constitution in 2011 as Arab Spring protests swept the region.