Morocco World News
Home Highlights on Morocco The National Union for Labor Hardens the Tone against the Minister of... 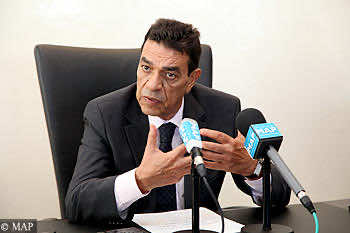 The National Office of the National Federation for Educational Staff, working under the National Union for Labor (UNL) cautioned the minister of education, Mr. Mohamed El Wafa to rethink his methodology in managing the dialogue with the unions representing the educational staff and to reconsider his overall approach to the manifold problems plaguing the education sector.

The UNL is ideologically affiliated to the Party of Justice and Development (PJD), the party leading the government coalition. The UNL described the social dialogue with the ministry of education as dawdling, with no concrete advancement in the demands formulated by the educational staff.

The union statement pinpointed also that the work of the dialogue commissions has been suspended. It has also warned the ministry against highjacking the legal and social achievements made by labor unions over the past years.

According to the Moroccan daily Al Massae, the union exhorted the minister of education to release the findings of the investigation conducted on the real cost of the “Emergency Plan” in order to prosecute all the employees involved in corruption and funds embezzling.

The UNL branch urged also the minister of education to issue the new fundamental law for the educational staff and to engage in a participatory approach with all the unions for the enforcement of their basic rights.

The Union denounced the retaliatory measures undertaken against strikers and urged the government to issue the laws for unions and for the right to strike before undertaking any sanction against strikers.

The UNL reiterated its support to the entire educational community working under the ministry of national education in reference to the latest armed assault perpetrated against a middle school teacher within the school premises.

In this regard, the Union urged the government to avail joint patrols between the ministry of interior, the minister of education and the minister of justice so as to protect the educational staff and students from physical violence, harassment, drugs and prostitution.

The mounting criticism voiced by the Unions and the opposition against the minister of education shows a large dissatisfaction with his reform policies.

Nonetheless, the criticism articulated by the unions affiliated to the parties leading the coalition government is an alarming evidence of the increment dissonance between the coalition poles.