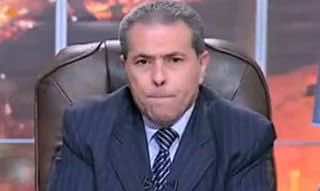 Tawfiq Okasha, who hosted a show on his Faraeen television station, was put on trial after several people complained to the court that he called on Egyptians to overthrow Morsi and kill him.

Okasha’s small television station has since been taken off air.

Several journalists and Bassem Yousef, the host of a popular satirical television show, face trials on charges of insulting the Islamist president.

Morsi’s critics accuse him of trying to stamp out criticism in an often hostile media as the country faces a dire economy and a secular-leaning opposition prepares for parliamentary elections in two months.

In a statement on Sunday, senior Morsi aide Essam El-Haddad said most complaints against journalists were brought by citizens, and the presidency only sues media over fabricated news reports.