The expulsion of the Moors and Jewish minorities began to smolder long before the fall of the last redoubt of Muslims and the capitulation of the last Nasrid kingdom in 1492. 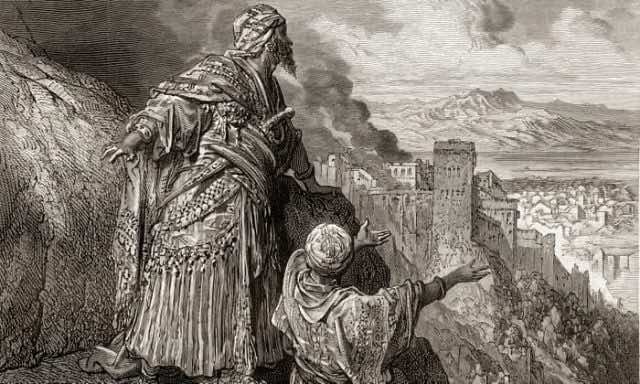 Fez- The expulsion of the Moors and Jewish minorities began to smolder long before the fall of the last redoubt of Muslims and the capitulation of the last Nasrid kingdom in 1492.

Immediately after the end of the Reconquista, the strategists of the Spanish crown had already begun to consider a drastic solution that could allow their country to dispose of its ethnic minorities that had become cumbersome, thus, to start, a smooth religious, cultural, political, territorial and ethnic unification.

To achieve this goal, and at the request of the Catholic monarchs, on Sept. 17, 1480, the first Court of the Spanish Inquisition was created by Cardinal Mendoza and the Dominican father Tomás de Torquemada. On Jan. 2, 1481, the Inquisition became a national institution by means of which Spain would exercise its control and repression against Muslims and Jews.

From that date, Spain was turned into a Catholic state, endowed with one of the most inhumane and repressive institutions in history. As the Moors became a minority in a country that was hostile to them, they suffered from the abuse of inquisitors who vehemently mistreated them through secret trials and widespread abuse.

To shield themselves against the Inquisition and maintain their cultural and religious practices, the Moors were paying considerable sums to their lords. This attitude of the Muslim minority and the Spanish nobility, including that of the Kingdom of Valencia, enraged the inquisitors.

Because of the protection afforded to the Moors by the nobility, the inquisitors were losing a significant source of profit, which consisted mainly in fines and forfeitures that could cover all the assets of a convicted person. Out of the 10 thousand inquisition trials that took place at that time in the old Nasrid kingdom, the majority involved the spiritual leaders or wealthy Moorish, whose properties were confiscated and appropriated by the inquisitors.

Since the holding of the Council of Trent between 1545 and 1563, the situation of the Muslim minority remained in the country further deteriorated. As such, the Moors become gradually regarded as an “unassimilable community.” Ever since, the most influential religious fanatics started calling for their expulsion from the country.

The hostility against a persecuted minority, due to its culture, tradition and religion, was deeply rooted in every part of daily life of the community. When the Moors washed their hands before eating, this behavior shocked the Christians. The application of henna on the soles of the feet and palms of hands for reasons of hygiene also shocked the Spaniards, who considered the Moors to be less masculine.

The Moors were differentiated even more of their “torturers” in that they did not eat pork or meat from other livestock if it was not previously slaughtered according to Muslim ritual. Early on, fasting during the month of Ramadan, circumcision and Muslim burials, which were among the most detectable differentiating factors for the Moors, were increasingly practiced by the latter and without much discretion.

Regarding the diet, some Moorish specialties aroused the jealousy of older Christians, who could not accept that thi religious minority have the monopoly of horticulture and a diet in which fruits and vegetables were predominantly present. The other differentiating factor between the Moors and Christians consisted of the concept and the religious organization of time.

In addition to the religious and cultural differences between an intolerant majority, guided by its religious fervor and its crusading spirit, and a minority exposed to the wrath and persecution of religious authorities, what further incited the resentment of Spaniards was the fertility of the Moors, as it was regarded it as a threat to their country’s stability and religious and political unity.

Spanish society of the time attributed this fertility to the lasciviousness and lust of the Moors. However, as pointed out by Rodrigo de Zayas (Les Morisque et le Racisme d’Etat) the fertility of the latter was due to objective reasons related to the religiosity of the Spanish society of the time and with the country’s socio-economic development. Contrary to the Moors who were attached to Islam and were present in very small numbers, if at all, in Christian religious orders, many Spaniards tended to opt for an ecclesiastical career.

According to Rodrigo de Zayas, this choice was motivated by two main reasons. On the one hand, the ecclesiastical career enabled the Spaniards to enjoy economic security at a time when Spain was grappling with a dire economic crisis. On the other hand, it gave them hope for a major social promotion, which was unthinkable and unattainable elsewhere.
The second factor that contributed to a lower fertility of the Christian community consisted in the wars that Spain had waged between 1492 and 1609, in which the Moors did not participate, since they were banned from being enlisted in the Spanish army.

The third factor was emigration, for the misery in which a large part of the Spanish population was living, the endless wars waged by Spain and excessive taxes that affected the resources of the people led many of them to opt for emigration to seek a better life, especially in the colonies of the New World, such as Mexico.

All these factors, therefore, meant that the minority status of the Moors caused them to be regarded as a fifth column that could endanger the state’s security and turned them into the scapegoats of a very religious society, which saw in them the sworn enemies of the country and Christianity.

Moreover, the sensuality and the alleged propensity of Muslims for carnal pleasure, homosexuality and sodomy were among the accusations used by anti-Moors authors in order to demonize them and further alienate Spanish society towards them.

In addition to the authors of treatises and ecclesiastical leaders, literary texts also had become sounding boards for launching diatribes and offensive accusations against these scapegoats of Spanish society at the time, especially with the aim to warn the Christian majority against their increased number. As a result of the oppression and persecution to which they were subjected, the Moors became foreigners in their country, and ended up feeling a great hatred and animosity vis-à-vis their oppressors. Thus, conscious of belonging to a refined civilization and marked by a spirit of tolerance, the Moors regarded their “executioners” as the incarnation of evil.

In such a climate of mistrust and hostility between the two communities, the Moorish community was the target of all the attacks of the old Christian community. Being aware of the attachment of the Moors to their culture, their lifestyle and the lack of sincerity of their conversion, the former supervised and examined all the daily activities and behavior of the latter.

The hatred and contempt that the old Christians had towards their “fellow citizens” led them to regard them as a stinking outgrowth in the Spanish body both at the moral and physical level. Against this backdrop of hostility between the majority wanting to erase everything that could be related to the presence of Muslims, and a minority overwhelmed by the scale of the persecution which it was subject to abandon its beliefs and assimilate into an intolerant society, it comes as no surprise that the image of the Moors was the most negative and demeaning.

This negative image was primarily nurtured by Spanish priests who wanted at all costs to put an end to the Moors’ resistance to convert to Christianity and to remove forever their culture, lifestyle, traditions and religion from the country.

One of the most effective methods they tapped into to achieve their goal was to castigate them and make them appear as a danger. In this way they could convince all the components of the Spanish society of their duty to banish these “heretics,” thus, cleansing the country from Muslim presence, which was still “sullying” its specificity, its identity and religious purity.