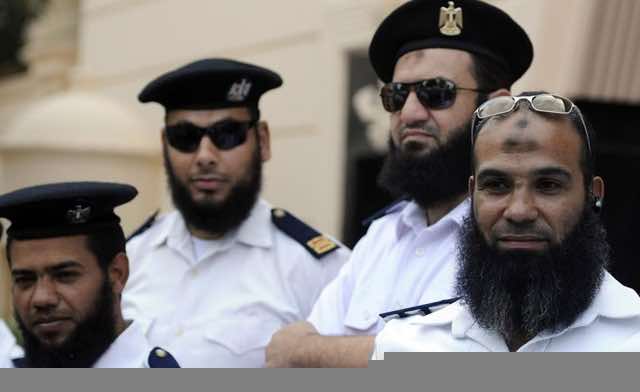 Growing a beard, or shaving it off, are unrelated to Sharia (Islamic) law, according to a fatwa (religious edict) issued Monday by Egypt’s Grand Mufti Ali Gomaa, and published today in Youm 7 newspaper.

The fatwa quotes the late prominent Egyptian religious scholar and Islamic theologian Sheikh Mahmoud Shaltout as saying everything relating to clothing and physical appearance, including beards and shaving, “is a habit that should be adopted according to one’s living environment.

If one’s environment encourages a certain trend, then he should go with it” to avoid being considered an outcast.

In October 2012, dozens of Egyptian policemen suspended from work in February for growing Islamic beards protested outside the Interior Ministry and called on President Mohamed Mursi to secure their reinstatement.

The policemen had sought to challenge an unwritten rule that stopped members of the security forces from growing beards during the rule of President Hosni Mubarak, who used the police to crush Islamist groups he saw as enemies of the state. Mubarak was swept from power in February, 2011.

Propelled to office by the Muslim Brotherhood, a mainstream Islamist movement, Mursi had said during his campaign he had no objection to members of the security forces growing beards. Mursi himself has a beard.

“Nothing in the law prevents us growing beards,” said Hany Maher, one of 64 suspended officers who were referred to a disciplinary court after growing their beards in what they described as a statement of faith, not politics.

Four of the officers challenged their dismissal in the courts and secured rulings that obliged the Interior Ministry to reinstate them. But the court orders have not been implemented.

Mohamed Fadly, one of the dismissed officers, described the ministry’s refusal to reinstate them as an effort to “appease secular powers.”

Sporting any kind of beard during Mubarak’s rule precluded Egyptians from holding any senior state job.

But today, top officials including the prime minister have beards. Many Muslims grow their beards to emulate the Prophet Mohammad. “Why does the ministry reject the teachings of the prophet?” read a banner held aloft in the protest.

Another unwritten rule from Mubarak’s era was broken after Mursi came to office, when state television putting three veiled anchorwomen on camera. It was unthinkable in Mubarak’s era, though many Egyptian women wear headscarves.