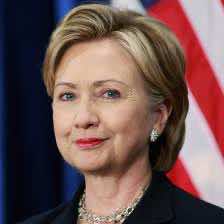 Secretary of State Hillary Clinton will appear before US lawmakers on January 22 to be quizzed about a damning inquiry into a deadly militant attack on a US mission in Libya, a senator said Tuesday.

Clinton had initially been due to testify to US lawmakers in late December after the scathing probe blamed “grossly inadequate” security at the diplomatic outpost in Benghazi, eastern Libya, for failing to protect staff there.

But she was forced to cancel her testimony and send in her two deputy secretaries instead when she fell ill with a virulent stomach bug, and later suffered a concussion and blood clot.

Ambassador Chris Stevens and three other Americans were killed when hordes of heavily-armed militants overran the compound and a nearby annex on September 11, unleashing a bloody and terrifying eight-hour assault.

Senator Bob Corker, ranking Republican member of the Senate Foreign Relations committee, told MSNBC television he had been in discussions with Clinton’s top aides about setting a new date for her to testify.

“My sense is her hearing probably will take place the morning of the 22nd,” Corker said.

“She’s anxious to want to come up and testify on Benghazi, and I think that’s an important thing both for her and for our entire country.”

Clinton returned to work on Monday after a month-long absence, and is busy drawing up her schedule for her final weeks in office.

State Department spokeswoman Victoria Nuland reiterated Tuesday that the plan was for Clinton to testify about the Benghazi attack while still in post, and before a confirmation hearing for veteran senator John Kerry.

President Barack Obama has tapped Kerry to replace Clinton, who will be stepping down after four years in office, but his nomination requires Senate confirmation.