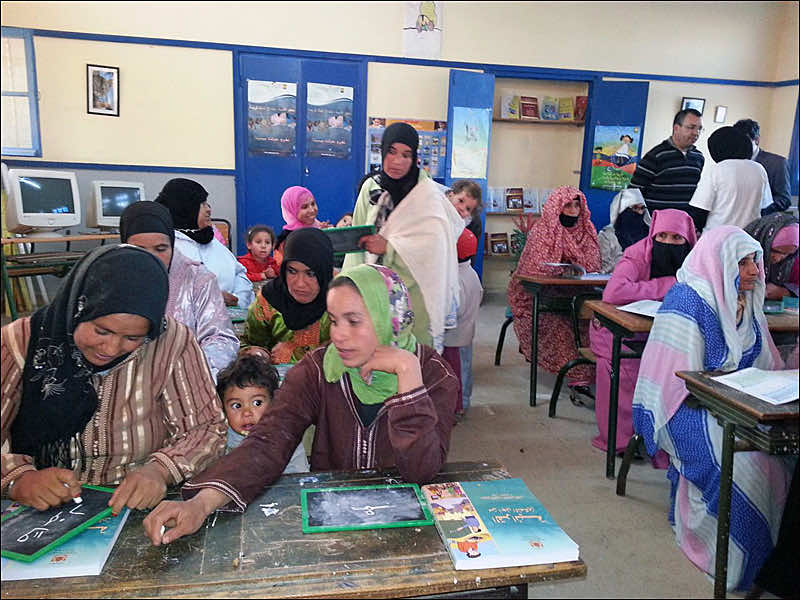 More than 6 million Moroccans have benefited from literacy programmes over the last decade, according to figures unveiled last month.

“Some 735,000 people benefited from literacy programmes from 2011 to 2012. This is a record for the past ten years,” Illiteracy Eradication Directorate (DLCA) head El Habib Nadir said at a Marrakech press conference on December 16th.

These outcomes are also the fruit of support from technical and financial partners, which includes financial aid from the European Union. The EU has been a donor since 2008 while UNESCO has provided technical assistance through its office in Rabat as part of the Literacy Initiative for Empowerment (LIFE).

Nadir said that the efforts made in this field include the mechanisms created to build the capacities of the parties involved in the programme. This involves training between 10,000 and 14,000 teachers every year. The training is provided on the basis of a prescribed list of literacy trainer skills.

In addition, NGOs are being trained in various aspects of literacy project management, such as mobilising beneficiaries and programme design, monitoring and evaluation.

With regard to governance, DLCA is carrying out external monitoring of partner associations, which provide literacy training, especially in rural areas. This branch of the Ministry of National Education evaluated 90% of these NGOs and conducted 3,000 monitoring visits through external research departments, Nadir said.

The agency is also focusing on businesses by persuading the private sector to provide company-based literacy training. This is being done in order to promote literacy as a pathway to integration. Over the past two years, 50,000 people have benefited from these efforts.

Commenting on DLCA’s work, PhD candidate Ichrak Tawafi said that the record they reached marks a real achievement in Morocco’s campaign against illiteracy.

“It reflects the considerable advances made in combating this problem. However, despite the huge progress that has been made, the DLCA is committed to a lengthy process which is far from complete,” she said.

“It must make further efforts, including multi-dimensional programmes, and it needs to be more creative and even more dynamic to increase the number of beneficiaries,” Tawafi said.

She added that the DLCA is helping to achieve individual and above all collective successes, as it represents a desire for change and perhaps even a pathway to independence for many illiterate people who are generating no added value, either for themselves or for society as a whole.