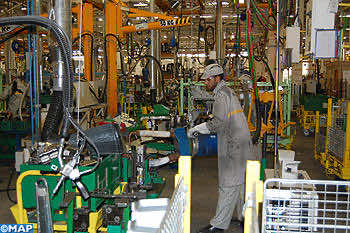 In its report, the HCP makes the correlation between the sluggish growth of the national economy and the deceleration in agricultural growth in 2012.

This slackening growth was ascribed to a notable decrease in agricultural output by 8.6 percent instead of 6 percent recorded in 2011.

The slow growth in agriculture was directly ascribed to drought and rain scarcity that continues to impede the growth of agriculture in Morocco.

During the first month of 2012, the agricultural sector was plagued by a substantial loss in job opportunities with 157,000 jobs lost. Consequently, agricultural output slowed down considerably especially in the production of wheat, legumes and sugar crops.

The price of wheat crops increased by 7.8 percent.

The HCP report points out that the exports of citrus fruits and early vegetables shrunk considerably during the two first months of the last year and the year before.

On the other hand, the non-agricultural industries have continued to support the global trend of growth despite a slight decrease in their performance.