Fez - Many are asking this question: is Internet a blessing or a curse? Evidently speaking, the Internet is one of the greatest inventions of all time. 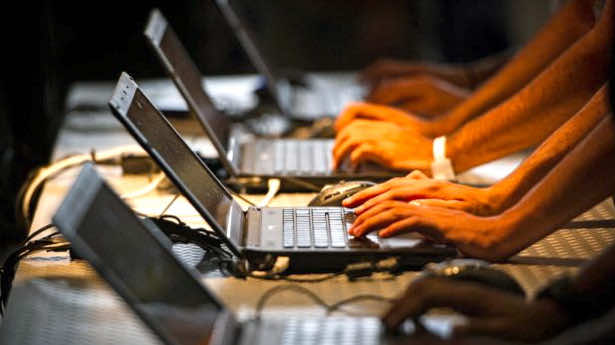 Fez – Many are asking this question: is Internet a blessing or a curse? Evidently speaking, the Internet is one of the greatest inventions of all time.

Thanks to the Internet the world has become a small village – an electronic village- that is interconnected and interlinked in a very complex way.

The traditional space and time boundaries that used to confine people and limit their horizons have dissipated giving way to an open world where there is a massive uncontrolled flux of ideas, images, news, capital, and cultures. Today I can talk to a friend in Finland, conduct a live video-chat with my cousin in Canada and send documents to any place on the globe and they get delivered on the spot!

Perhaps one of the great advantages of the Internet is that it allows people from all sorts of life, irrespective of their race, ethnicity, class, colour, religion or culture, to communicate freely and without restrictions. To say it otherwise, the internet has come to give voice to all those who were denied the freedom of speech.

On the internet, freedom of speech is absolute; individuals can express their suppressed fantasies, find love and get relieved of their social anxieties. With the wide access to the Internet, the traditional dichotomy of centre and periphery is blurred and knowledge does no longer flow in a top-bottom direction; instead, it does circulate. Also, unlike television and other media, the Internet gives agency to the user and allows interaction and self expression.

If I don’t like an article on a news outlet for example I can say it in a comment on the article, which you I can’t do when it comes to a TV program or a newspaper article. Moreover, the Internet provides ample educational resources in form of digital books, articles, videos, lectures, academic websites, etc.

These important advantages, however, shouldn’t blind us towards the multiple dangers that the Internet poses. In fact, it is a double edged weapon, or a pickaxe that can be used for construction as well as for destruction.

Because the cyberspace entails no visa or permission, everybody has the right to be part of the virtual community which is “the social aggregation that emerges from the Net when enough people carry on those public discussions long enough, with sufficient human feeling to form webs of personal relationships in cyberspace”[1] as Howard Rheingold, a critic and specialist in modern communication media, defines it.

Once, a member of this virtual community, a person influences and get influenced by other virtual personas. This process enables the creation of new cultural forms and new social identities by technological mediation. In simple words, cyberspace allows the schizophrenic game of wearing different masks, adopting fake identities, creating new personas and living different lives for the sake of manipulation!

The implications of this process of manipulation are so detrimental to, both, individuals and society. Lately, Medi1 TV, a Moroccan public TV channel, broadcast a program about cyberspace crime in Morocco.

The statistics provided about electronic theft, piracy, harassment, cyber terrorism and other forms of crime were harrowing! Facebook – which has been a very common social network in Morocco and the Arab World and a pivotal key to what is known as the ‘Arab Spring’- has recently become a platform for sexual harassment par excellence in Morocco.

The number of ‘Scoop’ pages featuring sexual content for the defamation of Moroccan women is mushrooming on Facebook with a clear inability of security agencies to stop the phenomenon. About 80 percent of cyberspace crime victims are women in Morocco due to the nature of our Eastern society, according to Mr. Lakbir Hammad, the president of Association of Webcam Victims!

The debate on the disadvantages of the Internet doesn’t stop right at crime. Psychologists agree on the fact that children’s exposure to explicit sexual content on the Internet can leave deep psychological scars and traumas in the personality of the child.