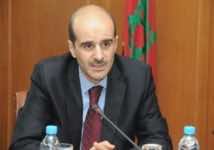 Managing Director of the International Monetary Fund (IMF), Christine Lagarde called, Wednesday in Nouakchott, for unleashing the full potential of the Maghreb Region in an allusion to the closed borders between Morocco and Algeria, as they prevent genuine economic integration of the countries of the Arab Maghreb Union (AMU).

“The whole region would benefit from becoming more open to itself by knocking down barriers to trade and opening wide the doors of mutual gain,” said Lagarde at a press briefing with Governor of the Central Bank of Mauritania, Ould Sid Ahmed Raïss, following the 5th Conference on Economic Development in the Maghreb, held Wednesday in Nouakchott.Lagarde commended the commitment shown by AMU countries to promote a transparent and fair model for development and growth in the private sector in an area marked by major socio-political changes.

She also stressed the importance of promoting foreign investment in order to attract more capital, noting that the countries of the region have a long way to go in terms of integration, including opening foreign direct investment regimes, diversifying investment sources, and developing new investment niches in new and dynamic sectors.

The conference participants emphasized the importance of encouraging joint projects and to launch the Maghreb Bank for Investment and Foreign Trade, and to establish branches of banks operating in the Maghreb countries throughout the region.

Morocco was represented in the conference by Minister-delegate for the Budget, Idriss Azami Al-Idrissi, and the Wali of Bank Al-Maghrib, Abdellatif Jouahri.