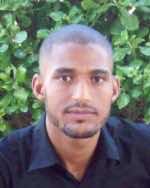 I want to argue that attitude towards culture affects L2 learning negatively or positively. When you have a negative attitude towards L2 culture and people, you by far lose the motivation to learn it and master its spontaneous and affective features. In contrast, those who are culturally assimilated are likely to acquire not only the foreign language, but also the social, cultural, and communicative conventions of that language. Yet the catastrophic aftermaths of such success on the learner’s cultural identity are hard to avoid.

To start with, foreign language learners who are fascinated by the target language culture and society do learn a foreign language fast, effortlessly, and fluently. One’s tendency to assimilate in the target culture-that is, to know to adopt its way of speaking, thinking, dressing, behaving and acting- paves the way for the target language to integrate in the learner’s linguistic repertoire, which includes the vocal, structural, semantic and pragmatic components of language. Such a learner who has no cultural, intellectual, religious, or political objection or negative attitude towards the target language tends to listen to the speakers of that language, imitate their way of speaking and acting, watch their films, listen to their music and struggle to learn their songs by heart, attend their meetings, read their books and newspapers, share their concerns, dress in their own styles, like their fashion, join their language centers, sign up in their websites and forums, involve in their associations and campaigns, and adopt their own way of life. These practices, which take place often unconsciously, grant the L2 learner a native-like proficiency, a magic accent and adequate use of L2.

Yet, learners with pre-set attitudes against L2 refrain from learning all or some of its components, and therefore fail to achieve the adequate prerequisites for L2 ultimate integration. Among such learners, one can broadly distinguish between tow categories. One the one hand, a learner may have absolute and fundamental resistance of L2 learning and teaching, ascribing that to factors related to colonialism and the colonizer’s tendency to impose power on the natives by subjecting their system of education to the colonial traditions and substituting their official language with the colonizer’s.

For such learners, language is dangerous- that is, it can assimilate you and turn your identity into another. It can imprison you inside a series of conceptual blocks different and sometimes contradictory to your own, bringing about a state of split and alienation in the personality of the learner. This attitude intersects with cultures resisting L2 products and traditions, especially those whose content conflicts with their traditions, beliefs and teachings. One the other hand, a learner may partially resist L2 learning, putting some discretions and limitations to L2 learning and teaching. Hereby, such learners would tend to select what to learn and teach regarding their own principles, objectives, and way of life. They may resort to their own translations which meet the whole spirit of their culture and reflect their deeds and needs. Yet such choices rarely guarantee a native-like language proficiency and use.

Whether being aware and discreet of L2 culture hinders L2 learning or not is still a controversial issue. Many observations show that some L2 learners have been successful in L2 learning despite their disagreement with L2 cultural, social, economical and political practices. Many factors seem to fill in the gap left by the absence, or rather the resistance, of integrative motivation in L2 learning. A new approach tends to consciously get close to the other and adapt to their culture, not to adopt it and melt in its life system, but rather to contain it and adjust it in accordance with the learners’ own frames of culture. Such approach which activates the learner’s critical mind and triggers his intellectual, cultural and trans-cultural concerns push him to control himself and get close to the other to know what and how to benefit from him to keep enriching L2 learning in the right path.