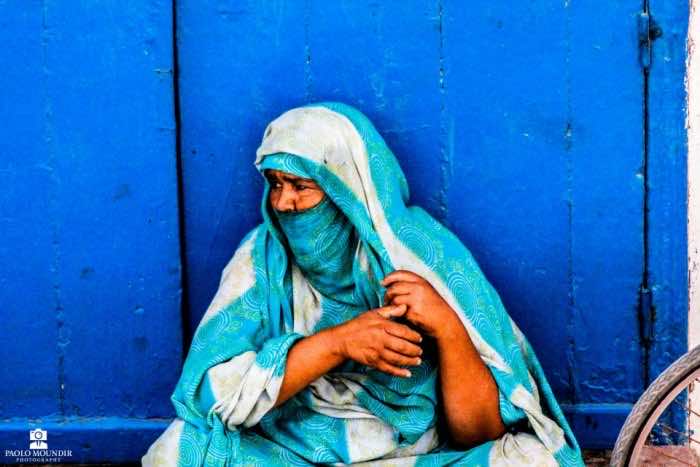 1. ‘Lamra ghir mra; ma hiya la shams wala gamra’/ ‘The woman is only but a woman. She’s neither a sun nor a moon.’

3. ‘Low kant m’rat lab 7’biba, 7atta allaf3a t’koun t’biba’/ ‘If the step-mother were affectionate, the snake would be a healer’

Day after day, we witness the emergence of new words or expressions in our society and this for specific purposes. These creations start in small communities and then creep wisely to reach the wide society. Each person has a way of expressing himself/ herself. Some prefer to keep silent and some use language. Others opt for another register that is proverbs.

Proverbs as traditional wisdom are never absent from the Moroccan daily speech. As a member of the Moroccan society, a sharer of its values and an active participant in proverbs’ use, I have been surrounded with proverbs everywhere in my daily life. They are prevalent in daily conversations, at home, school, ceremonies and all the other Moroccan social occasions. Moroccan people use them to solve their daily conflicts and support their arguments.

Proverbs are sociolinguistic phenomena. They are used for specific purposes and to discuss particular issues. Therefore, this article will be more concerned with the study of proverbs in relation to women.

Moroccan Arabic (darija) is characterized by the use of proverbs and idiomatic expressions. Most of Moroccan people tend to use proverbs in their every day language either to give more meaning to what they are saying or simply to transmit hidden messages. Basically, People use proverbs in different domains and try to adapt them to different situations (education, health, marriage, divorce, ceremonies….). Nevertheless, most of these proverbs are used in relation to gender. Men and women are treated differently in proverbs. Since the language of proverbs is a misleading one, we expect that proverbs which deal with women issues to have specific characteristics. Therefore, we can ask the following questions:

The article’s aim is to attempt to find answers to the questions and related concerns so as to draw a picture of the way the language of proverbs represent Moroccan women.

Language is full of sexist expressions. Therefore, it would be of a great interest to decipher sexist instances from a specific area which would be in our case, proverbs. Proverbs are used by many people in different situations. However, it had been argued by many researchers that the language of proverbs is a mere reflection of sexism. Most of the proverbs come in favor of men and illustrate women as inferior species.

An idiom is acknowledged to be a sequence of words functioning as a single unit whose meaning can not be inferred from the meaning of the parts. In the repertoire of any language, idiomatic expressions constitute a special category of lexical items presenting a fixed structure and a specific behaviour in language use. Proverbs, frozen similes, aphorisms, binomials, sayings, etc., are spontaneous manifestations of colloquial language whose use needs to be mastered in much the same way as individual lexical items.

A proverb is a traditional saying which offers advice or presents a moral in a short and pithy manner (Simpson/Speake 1998[1]). In an attempt to categorize proverbs in three main groups, the above-mentioned authors state that proverbs fall readily into three main categories.

Those of the first type take the form of abstract statements expressing general truths. Proverbs of the second type, which include many of the more colourful examples, use specific observations from everyday experience to make a point which is general; for instance, You can take a horse to water, but you can’t make him drink and Don’t put all your eggs in one basket. The third type of proverbs comprises sayings from particular areas of traditional wisdom and folklore.

In this category are found, for example, the health proverbs after dinner rest a while, after supper walk a mile. In addition, there are traditional country proverbs which relate to husbandry, the seasons, and the weather, such as Red sky at night, shepherd’s delight; red sky in the morning, shepherd’s warning and When the wind is in the east, this is neither good for man nor beast.”

Proverbs are a sociolinguistic archetype that is used rhetorically to encapsulate different kinds of social attitudes into a limited number of stylized utterances. They are used spontaneously in relation to an immediate context. In sociolinguistic terms, proverbs represent a social use of metaphors which generally seen as ambiguous by their very nature, even when not applied to a social situation.

Proverbs are mostly used to bring conversations to a halt because they present a concluding observation. The complexity of proverbs’ use can be matched only by the complexity of social, cultural and cognitive structures involved in the act of uttering and understanding proverbs themselves. Proverbs hold the paradoxical quality of using the concrete to express the abstract. Proverbs can be considered as a socializing tool. They often function as an indirect way of making people come together under one unified community.

Some women are oppressed throughout the world. Even in parts of the world where race and gender differences in educational and other social achievements are said to have nearly disappeared, gender equity has not yet been attained. There are complex social, political, and legal bases for the exploitation, denigration and exclusion of women in a society.

Without understanding this complexity, it is difficult to address the real needs of women. Women have been victims of gender ideology. Gender ideology is a systematic set of cultural beliefs through which a society constructs and wields its gender relations and practices. Gender ideology contains legends, narratives and myths about what it means to be a man or a woman and suggests how each should behave in the society. A society’s gender ideology is grounded largely in religious and social principles, which are then used as grounds to justify differences.

All in all, ‘hatta mash ma h’rab man dar l’arse’/ ‘No cat has ever fled from a house where a wedding party is held’. one may wonder the relation between this proverb and the treated subject. In fact, it simply implies that the writer of this article will not stop here since the second part of this article will provide a detailed analysis of some Moroccan proverbs that deal with women. Stay tuned.

Meryem Fati is currently a doctoral student at the Faculty of Education, Mohammed V- souissi- Rabat, Morocco. She is working on cross- cultural communication.