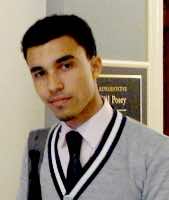 Can we indentify a person’s personality traits through his or her predilection for a particular genre of movies? Can our tendency to watch a particular type of movies more than others mirror our social yearnings, psychological state or IQ level?

This is not the first time that the queries above have been reared. Psychologists have already engaged in intensive research on the possibility of indentifying and constructing individual’s personality through the analysis of the genre of movies they mostly opt for. No wonder why psychiatrists sometimes question their patients about their tastes in films. They are certainly not investigating whether their patients’ taste in cinema is delicate or superficial, nor do they want to borrow their patients’ collection of movies for personal use.

What these specialists in psychological disorders wish to know asking that question to their patients is to know what type of personality they are dealing with. In arriving at a conclusion about their patient’s type of personality, psychiatrists attempt to examine possible connections between the patient’s psychological disorder and the sort of behaviors and reactions the personality X of that patient could engender, thus allowing them to decide about the adequate treatment for him/her.

Drawing on the premise above, I have decided to contemplate what certain types of movies can unveil about the personality of those who regularly watch them. Let us consider romance movies as a starting point. What could be the personality traits of a person who is distinctively fond of romantic movies? Before attempting to exhibit any possible answers to this question, I would like to assert that in labeling one genre of movies as their favorite, people thus imply that they find something in those movies that is inexistent in other genres. One could deduce that those special things that people find in their favorite genres of movies might sometimes be deficiencies in their real life. Those individuals thus seek to relish a certain ‘unreal reality’ in their favorite type of films that they lack in the real life. If this ever occurs to be the case, numerous are the things that we can realize about peoples’ personality.

1) “I love movies like A Walk to Remember and Twilight!”

Let us now go back to the question we posed earlier about romantic movies and what they can tell us about the personality of their fans. Could it be the ideal-or utopian-notion of love that these movies tend to solemnize in all conceivable and unconceivable fashions? The absence of love, an unsuccessful love experience, or a love relationship that lacks the idealism depicted in romantic movies par excellence – of course with happy endings—are all potential factors that can incite a person to resort to this type of movies. This could be to sedate their dissatisfaction about the imperfectness of their relationships; to palliate the pain and sorrow caused by the aftermaths of an unsuccessful love relationship—or sometimes because an individual, going through such unbearable moments, relates to the tragic ending of a romantic movie, thus feeling a certain relief after recognizing  that he or she might not be the only one to have experienced an unsuccessful love scenario.

Therefore, there are some traits that one can generally jot down about a person resorting to romance movies as an alternative reality:

These are some personality traits that a person’s predilection for romantic movies can unveil to us. However, the traits above are not to be invested to generate sweeping generalizations about any person favoring this type of movies, for room is to be left for exceptions, which only rigorous research can certainly spot.

What is in common between Saw and Final Destination is that they fall under a special category of horror movies: it is what we can term “psychological horror.” Those who favor such type of movies have inarguably personality traits that are very distinct from those of the preceding ‘romantic audience’. They are surely not searching for potential romantic scenarios in these movies—which is obviously noticeable, since both Saw and Final Destination contain little or no accounts of romantic encounters.

To what extent is it legitimate to infer that fans of movies like those cited above are, likewise their romantic counterparts, searching for something they lack in their actual lives? Can we say that they are searching for violence, hardcore content, murder, torture, etc., in their lives? Answering ‘yes’ to this question can be both a dangerous, hasty overgeneralization and a dysphemistic description of those peoples’ relationship with their favorite genre of movies. But what could be therefore some of the reasons behind these persons’ inclination to this genre of extreme movies?

When a person is continuously exposed to violent contents in the media, especially from an early age, he or she can develop some sort of compatibility with that type of content, thus feeling a need to incessantly watch TV shows or movies fraught with scenes of torture, bloody fights and so forth. Most people who are exposed to violent content on a regular basis wind up making less ‘humanistic’ reactions to scenes in which humans themselves are subjected to extreme treatments and acts, such as torture in the case of Saw, and vehement deaths in the case of Final Destination. What could this type of movies thus tell us about the personality of its audience?

There are some personality traits that we can associate to fans of extreme movies, or what I have dubbed earlier ‘psychological horror’:

– Callosity and cold-bloodiness– for these people tend to show no compassion for the characters being, for instance, tortured in the movie; rather, they find great pleasure in the ways those characters are excruciated.

– Troubled and furious—of course, this is by no means a trait that should be blindly associated any fan of those movies.

3) “I like movies such as Dumb and Dumber and The Hangover !

What in your opinion do films similar to Dumb and Dumber and The Hangover reveal of the personality of those who favor them? Well, one might first of all assert that one of the reasons behind some persons’ predilection for this genre of movies is, akin to the romantic fans, a search for a tranquillizing ‘unreal reality’ that can laconically take them away from the harshness and asperity of their real life. This type of movies can thus help us to identify an array of personality characteristic of those who incline to them:

– positivism—for those who watch this type of movies tend to see life from the standpoint of a child, as not only consisting of downs and saddening occurrences

– sociability—for those who watch comedy movies tend most of the time to initiate conversations relating the content of the hilarious movies they previously watched; these people tend thus to be very entertaining and a good company to many

– indolence—some of those who favor comedy movies tend sometimes to prioritize fun and leisure over industriousness and hard work, for they relate to this type of laid-back funny actors they favor.

Multitudinous are movie genres and significant are the things they can reveal about their audience; however, rooms are always to be left for exceptions to these descriptions; some persons, for example, do not have any favorite type of movies, though I strongly believe that right inside them, there must be a particular inclination to a specific genre of movies.

Now, dear readers, what are your favorite types of movies, and what do you think they tell about your personality?