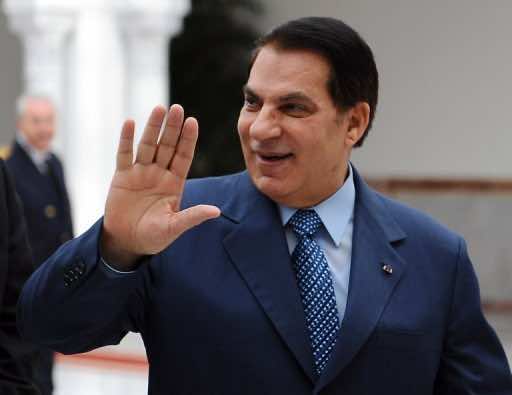 Ousted dictator Zine El Abidine Ben Ali and his wife Leila Trabelsi enjoy a gilded exile in the Saudi city of Jeddah, two years after the uprising Tunisia celebrates on Monday, despite a welter of charges against them.

Tunis accepts that Saudi Arabia will probably never hand them over.

Other members of Ben Ali’s clan have been less fortunate: some are on the run, others in prison.

The former president and his second wife have lived in Saudi Arabia since fleeing Tunisia on January 14, 2011, the day marking the triumph of the revolution. The couple deny having fled, saying they were tricked into leaving.

Ben Ali occasionally makes statements through a Lebanese lawyer. His wife published a book last year rejecting accusations of corruption and tyranny during her husband’s rule.

In June 2011, the couple were given 35-year jail terms in absentia for embezzlement, and Ben Ali was subsequently sentenced to life in prison for presiding over the bloody protest crackdown that ignited the Arab Spring.

Together or separately, he and his wife have been convicted on several other charges.

The Trabelsi family, which had a stranglehold on business in Tunisia, has met with mixed fortunes since the revolution.

Belhassen, the former first lady’s brother, fled to Canada. He has received jail sentences for illegal trafficking of foreign currency and precious metals, and for unlawful possession of archaeological artefacts.

Sakhr El Materi, Ben Ali’s son-in-law, fled to Qatar, but the Gulf emirate agreed to expel him last year. He tried unsuccessfully to enter the Seychelles on an expired diplomatic passport in December, and remains in exile.

Married to Ben Ali’s eldest daughter, Materi was once seen as a possible successor to the ex-president. He was sentenced in absentia to 16 years in prison and fined 97 million dinars ($61 million) for corruption and property fraud.

Imed, Leila Trabelsi’s nephew, is the most prominent family member to have been arrested so far. He was implicated in various corruption cases, including organising hajj pilgrimages when he served as religious affairs minister.

He has received numerous prison sentences, ranging from two to 20 years.

His father, Mohamed Naceur Trabelsi, has also been jailed in Tunisia, along with Moncef, another of Leila’s brothers.

The family’s business empire, which covered such key sectors as retail, telecommunications, media, construction, car dealership and property, has been dismantled and parts of it privatised.

But whole sections remain under the control of legal administrators appointed by the state.

The government last month also launched an auction of the former belongings of Ben Ali and his relatives.

The sale of the assets, which include a range of luxury cars, as well as clothing and jewellery acquired by Ben Ali’s notoriously extravagant wife, is expected to raise at least 10 million euros for the cash-strapped government.