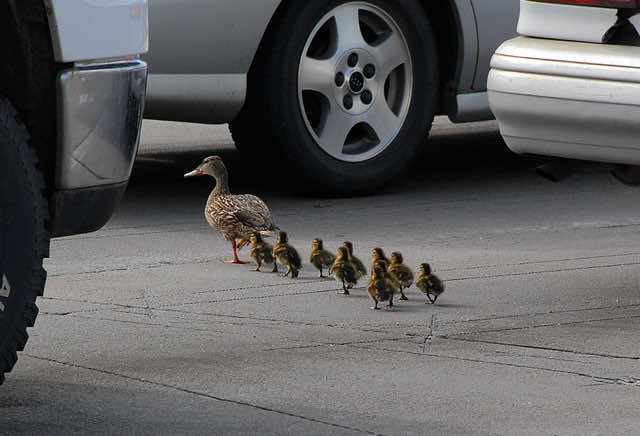 My friend Boe recounted this story: It was one sunny day where the dark nights are getting shorter and the bright days growing longer. He did not remember exactly where he needed to go but he recalled there was a sense of urgency to get there fast. Unsurprisingly, he was driving well above the speed limit including the 9 miles-per-hour wiggle room legally allowed in his state. While on the road, he was forced to stop by a car at a standstill in front of him with its emergency lights on. He got to thinking how many cars breakdown simply due to lack of simple maintenance and thus negligence from the part of their owners. Being pressed for time, he was quite vulnerable to aggravation and frustration.

It is quite common to find fellow motorists driving at exactly the speed limit or slightly below it.  Usually, if they are driving on the right lane and one is caught behind, it rarely provokes any negative reactions. If anything, that would do a great job in reminding other motorists to check their current speeds and in promoting safe driving. On the other hand, if they are driving on the left lane, that can be aggravating. The left lane is considered the speed lane not officially or legally but it is common knowledge among most drivers. If the right lane happens to be empty while all this is taking place, the aggravation becomes even more justified. This does not include road rage here but average, understandable, and expected reactions. Road rage would imply the serious need for help to be sought.

Boe had been slowed down and brought to a complete stop by what appeared to be a broken car while on the right lane. All he had to do was go around to the left and he would have been on his way. For a moment, I felt like getting on Boe’s case about not stopping to land the disabled motorist a hand and being a good Samaritan but I figured the timing was not right. Add to that, I was not sure I would do anything different if I were in his shoes. I should not preach what I do not practice myself. “Do as I say and not as I do” can counter my aforementioned argument but that is a separate issue.

With very little traffic and very few cars around, Boe proceeded to go around the stopped car from the left. As he did so, he peeked ever so quickly at his right side to see what the matter was with the disabled vehicle. As he did so, he saw five multicolored ducklings following their mother from behind who was about to get on the sidewalk as she completed crossing the street. Boe recounted that he felt a chill down his spine upon witnessing that. The driver was innocent and the ducklings’ crossing were at fault, one of the very few times any of us, I would hope, would be glad and happy to be inconvenienced.