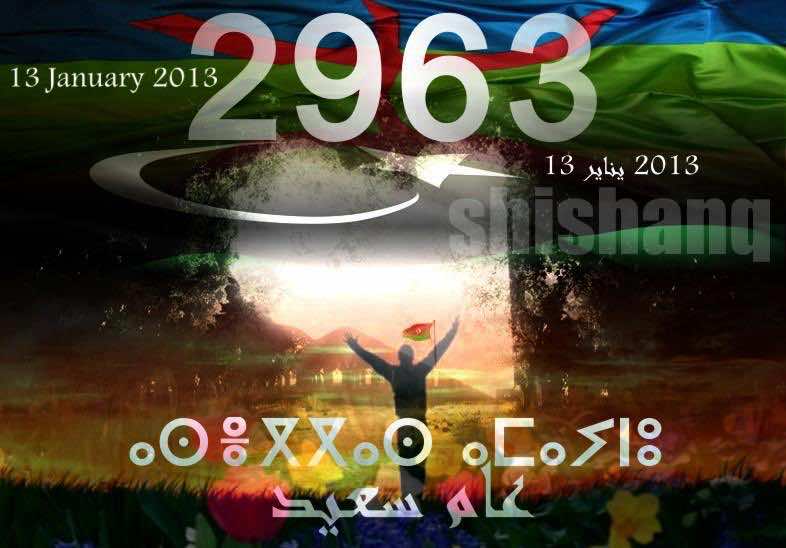 Many if not most Moroccans ignore an eminent component of the Moroccan culture, namely whih is the Amazigh culture. Hence, civil society activists take the responsibility upon their shoulders to make it known not only in Morocco but all over the world. On January 13th 2013, many Moroccan NGOs are highly determined to celebrate the Amazigh New Year 2963.

There are two distinct views concerning the roots of Amazigh New year. Some think that it goes back to the legend of “Tamghart” or “gammer.” The legend talks about an old woman who was very arrogant. She disparaged of nature strength, and credited her immovability during the stark winter to her strength. Her behavior made January, the token of fertility and agriculture, very angry of her.

So, January asked February to borrow it a day to punish the old woman for her ingratitude. That day turned out to be a symbol in the communal memory of Amazigh people. They evoke and allot it a day to celebrate the earth and its natural bounties.

For other people, on the other hand, it is based upon a historical event that dates back to a battle that supposedly occurred between ancient Egyptians and Amazigh people. Their leader “Chichero” ascended to the Pharaonic throne after the Amazigh’s victory over King Ramses III from the family of the Pharaohs in the year 950 BC.

The festivities accompanying this occasion take various forms. It includes making “Amanssi” or dinner which should reflects the richness, fertility and the abundance of the harvest. The foods vary from one region to another. Usually, the meal is “kouskous” with seven vegetables, and “Orkiman” composed of pulses, in addition to “Takla” or porridge in which they hide “ Agourmi,” a piece of date. The person who finds it is chosen to be the year’s luckiest man or woman ever.

What of great importance to Amazigh people is not celebration of the New Year, but recognition of this event as a National Day. Also through this celebration, they intend to raise the awareness of the Moroccan youth regarding the longevity and existence of the Amazigh culture as part and parcel of Moroccan identity.

By celebrating this event, Amazigh people aim not only to preserve Amazigh customs, traditions, and rituals, but also to send a clear message to the Islamist-led government to push towards rehabilitating this culture that has been kept in limbo for centuries. 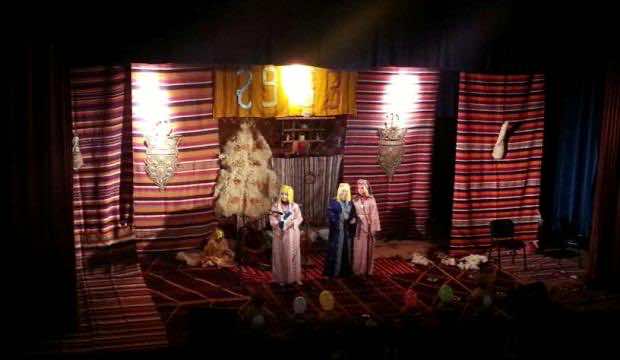