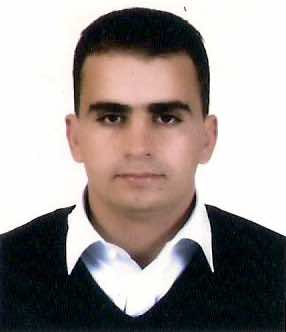 John Updike´s Terrorist juxtaposes the story of an indoctrinated Muslim with that of a secular Jew for the sake of affirming and reinforcing the superiority of Western secular values in relation to their Eastern counterparts. The “good” versus “evil” worldview permeates the whole structure of the novel, as the story of Jack Levy and Ahmed Ashmawy suggests right from the beginning. Though the two characters are critical of the American way of life, they provide us with two uncoordinated perspectives about the cultural malaise of the American society in relation to 9/11.

Whereas Ahmed sees it in terms of spiritual emptiness and distance from God, Jack Levy, a non-practicing Jew, looks at it in cultural terms, whereby Islam is looked at as an apocalyptic force threatening the compositional integrity of America. The dialectic of the secular versus the religious thus is meant to translate one salient fact about Islam; what America has referred to as structural violence against which Western morality claims to define its worldview. The idea, as Franz Fanon incisively points out in The Wretched of the Earth, is intended to “explain to us that our values and the true facts of their lives did not hang together, and that they could neither reject them completely nor yet assimilate them. By large, what they were saying was this: ´You are making us into monstrosities; your humanism claims we are at once with the rest of humanity but your racist methods set us apart.´”[1]

Ahmed´s ethnic difference and form of religiosity are represented as being destabilizing and upsetting to America´s sense of selfhood at a time when the whole nation seem to be mourning the loss of a collective sense of identity. Therefore, identifying Ahmed with the image of a terrorist turns out to be a political act that “demands the oppressive politics of otherization.”[2] Read in this light, though being American, Ahmed´s experience translates an expression of cultural ambivalence towards the nationally racial and ethnic Muslim Other. Being neither completely rejected in society nor fully accepted translates a racist mindset against the national Other; one that operates along the conventional paradigms of subordination and exclusion. Such discursive ambivalence makes of Ahmed an object simultaneously fluctuating between attraction and repulsion. The juxtaposition of such an ambivalent gaze is extraordinarily interesting, as long as the Muslim Other is simultaneously identified with and repulsed against; a kind of feeling that is close to Sigmund Freud’s conception of the “uncanny double.”

Freud affirms that because the uncanny is familiar, yet strange, it often creates cognitive dissonance within the experiencing subject due to the paradoxical nature of being attracted to, yet repulsed by an object at the same time. This cognitive dissonance often leads to an outright rejection of the object, as one would rather reject than rationalize …[3]

By emphasizing the frustrations and confusion of living the complexities of the American materialistic culture and Islamic spiritual culture, Updike´s construction of Ahmed´s identity, being both like and unlike,  makes of him an ambivalent subject being simultaneously attracted toward and repulsed from. His outright rejection as an Arab American, therefore, turns out to be justified on the ground of what Homik Bhabha calls the ambivalence of colonial discourse. According to him, “ambivalence is… an unwelcome aspect of colonial discourse for the colonizer. The problem for colonial discourse is that it wants to produce compliant subjects who reproduce its assumptions, habits and values- that is mimic the colonizer. But instead it produces ambivalent subjects whose mimicry is never far away from mockery.”[4] Ambivalence accordingly describes that complex relationship between mimicry and mockery, whose overlap proves out to be unsettling to colonial dominance.

Portraying Ahmed (a black Arab Muslim) through the specter of race and identifying him with an aberrant East determined to condemn and attack what he considers American lasciviousness and moral and spiritual decadence seems to be crucially significant for the construction of the white American subject. Though Ahmed was born in America, he is looked at throughout the novel as a “deterritorialized subject” whose religious heritage is regarded to be incompatible with the prevailing values of the mainstream American society.

As distinct from the attributes of such an idealized world, Eastern culture with which the image of Ahmed is identified is represented as being inherently conflictual with the tastes, values and experiences of the West. Drawing on the conventional paradigm, which cast post-cold war global antagonisms in cultural terms as propounded by advocates of “the Clash of Civilizations,” Updike´s aesthetic outlook explores cultural incommensurability as a potent site through which he attempts to explain the inner workings of contemporary world conflicts.

The story of Ahmed Ashmawy translates a haunting sense of paranoia from a deceptive Eastern Other held to be bent on American destruction in Western popular culture and its memory. Epitomizing the image of “a paranoid white subjectivity,” the omniscient narrator asserts through Levy´s words: “They are working on stopping us. Everywhere, anywhere- all it takes is a little bomb, a few guns. An open society is so defenseless. Everything the free modern world has achieved is so fragile.“[5]

Seen this vein, instead of seeking to understand the historically contingent realities that beget terrorism, Updike, with apprehension that all Muslims are sucked into its grip, sees Muslim fundamentalism as an apocalyptic force threatening the compositional integrity of America. Such a monolithic view leads to religious reductionism that views political conflicts in purely religious terms. What seems to be reluctantly not mentioned, though, is that while many Muslims may be using the cultural language of Islam to carry out their distinctive struggles in local, regional or national contexts, understanding contemporary conflicts has more to do with socio-economic and political issues than with religion.[6]

Rather than portraying Ahmed´s trauma as an individual experience shaped up by individual or social deficiencies, Updike´s text draws on debilitating cultural values believed to be entrenched in the religion of Islam in order to explore the forces behind Ahmed´s sense of rebellion against home culture. The story of Ahmed with its ebbs and flows does not only confirm the flagrant infringement on individual liberty in post- 9/11 America, but refutes the prevalent ideology of the melting-pot, where diverse cultures co-exist with each other and contribute to the constitution of national identity.

Ahmed idolizes his absent father, yearns for him and converts to Islamic faith as an act of redemption against the spiritual emptiness of America, by which he stands as an exclusionary image of a single ethnic group threatening the unanimity of national identity. Though born and raised in New Jersey, Ahmed seems to have no attachment to the American present. The portrayal of his religious reverence through the lens of Islamic fundamentalism is a political statement that serves to legitimate Western discourses of exclusion and paranoia from the Muslim Other, whose presence in Western political thought and by extension Western popular culture and its memory suggests an apocalyptic view of history.